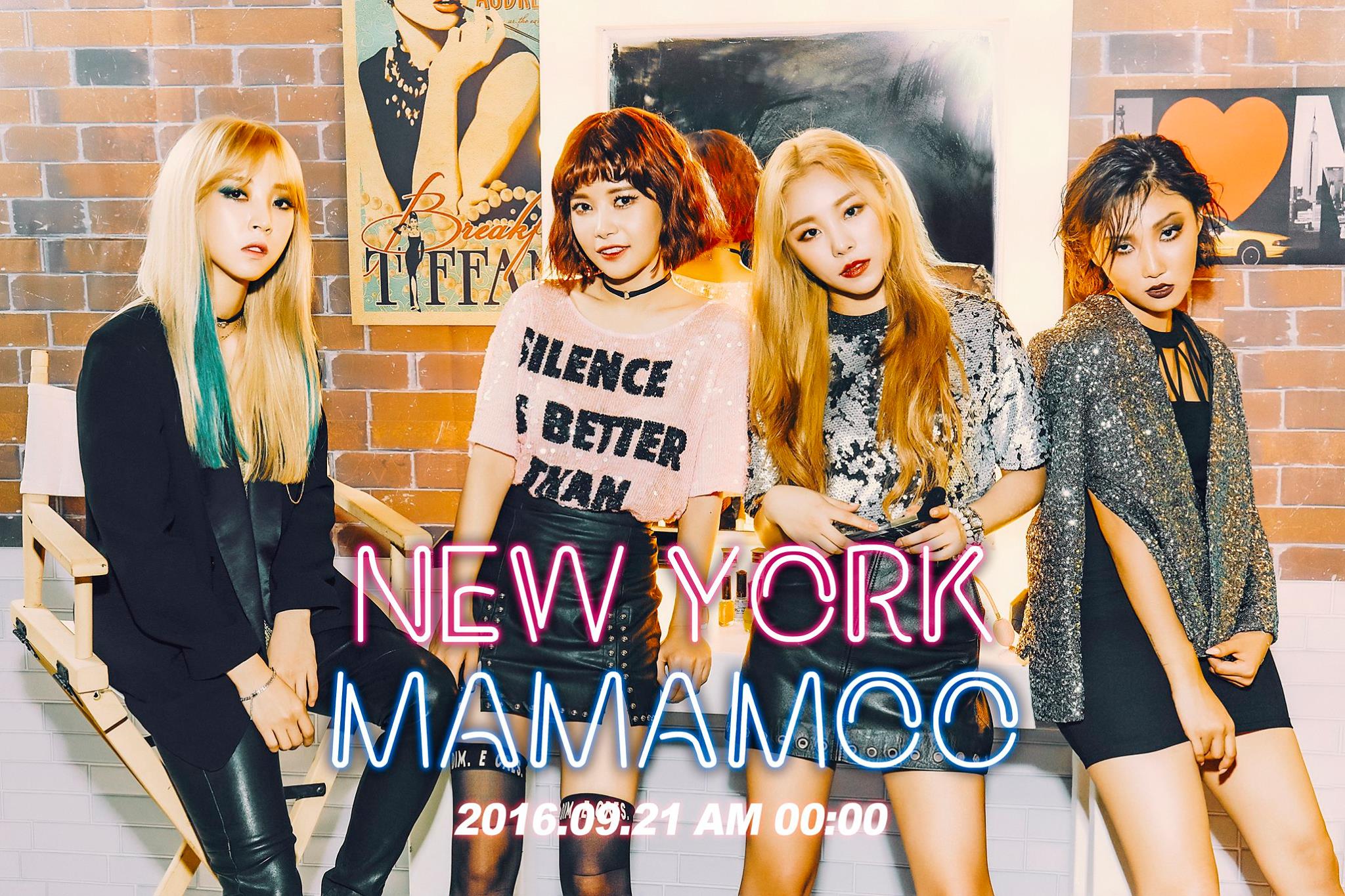 MAMAMOO will be dropping a new track!

On September 11, MAMAMOO announced on their official Facebook page that they will be releasing the digital single “New York” as a follow-up to their unit singles, “Angel” and “Dab Dab.”

In the teaser image, the girls sport a “chic-rock” style with lots of leather, glittering t-shirts, and some awesome new hair! In particular, Moonbyul’s blue streaks and Solar‘s new bob are catching people’s attention.

The single will drop on September 21 at midnight KST. The hashtags on the Facebook post also seem to indicate that MAMAMOO will be doing something in October, though whether that is an official comeback remains to be seen.