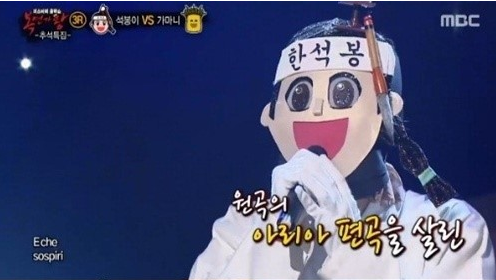 In this episode, the singers battled it out in the semifinals to see who would challenge “Eheradio” for the crown. “Literary Girl” and “Seokbongie” were first up in Round 2, covering Jung Mi Jo’s “Gae Yeo Wool” and Lee So Ra’s “The Wind Blows.” 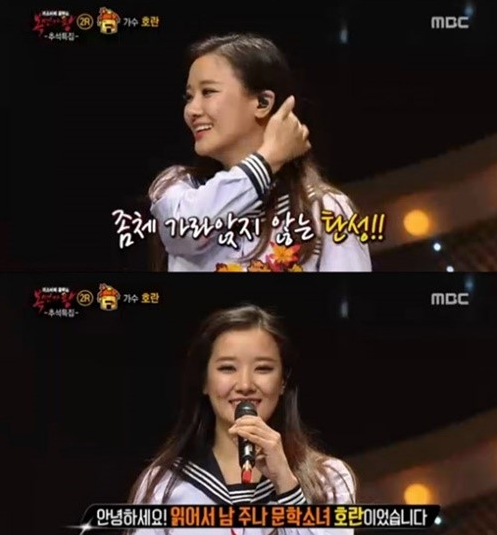 In the end, Literary Girl lost by 19 votes. The girl behind the mask turned out to be Horan of experimental band Clazziquai! “When I took off the mask, people started cheering for me, and I wondered, ‘Why do they like me?'” she said, tearing up. “I naturally thought that nobody would like me. I didn’t expect such a welcome after I took off the mask.”

Next up were “Top Boy” and “Straw Bag.” Although the judges were highly impressed with Top Boy, he lost by 13 votes and was revealed to be Dickpunks’ Kim Tae Hyun.

Finally, Seokbongie and Straw Bag faced off in Round 3. Seokbongie chose Flower’s “Tears” and rearranged the original’s “Aria.” Straw Bag chose to sing Jeon Ram Hwi’s “Drunken Truth” and won the round. 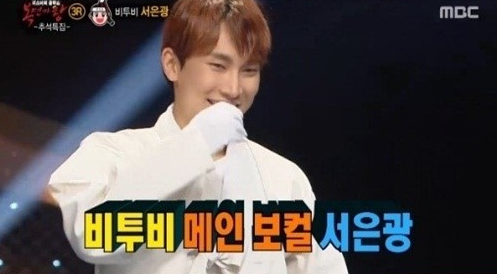 Seokbongie was revealed to be BTOB’s main vocalist Seo Eunkwang! “My role model is Lim Chang Jung sunbaenim,” he said. “I want to make people emotional and make them cry. I think that started today. This is my first step as a vocalist instead of an idol. I’ve gained a lot of confidence and passion today.”

Finally, Straw Bag and Eheradio competed in the finals, and in the end Eheradio held on to his title. Straw Bag was revealed to be pop-opera singer Kai.

BTOB
Eunkwang
Horan
Clazziquai
Kim Tae Hyun
Dickpunks
The King of Mask Singer
How does this article make you feel?