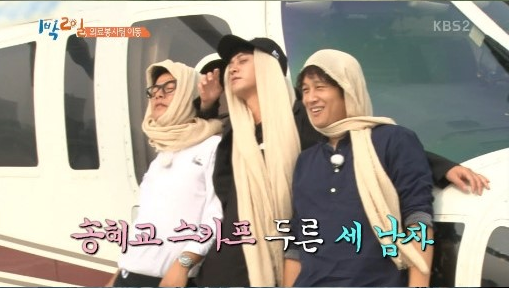 In the September 11 episode, the members head to Taebaek, Gangwon-do in a “Descendants of the Sun” themed episode. The cast is divided into the “Volunteer Medical Service” team (à la Song Hye Kyo) and the Military Dispatch Service team (à la Song Joong Ki). 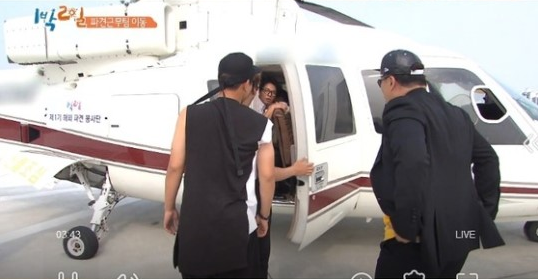 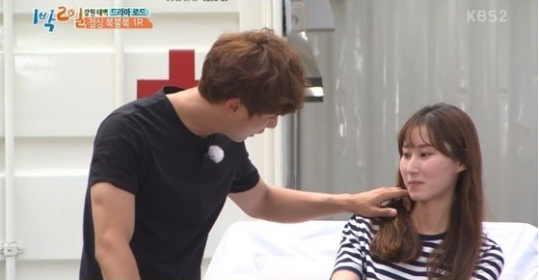 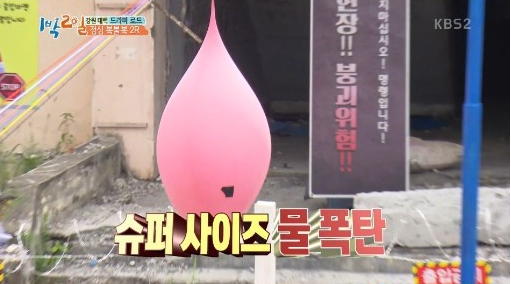 In the second round, they use water balloons to mimic the bomb scene in “Descendants of the Sun.” Cha Tae Hyun was unable to save Jung Joon Young from getting hit, cutting the wrong string, but luckily the balloon bounced off his head and didn’t splash the rest of his body. 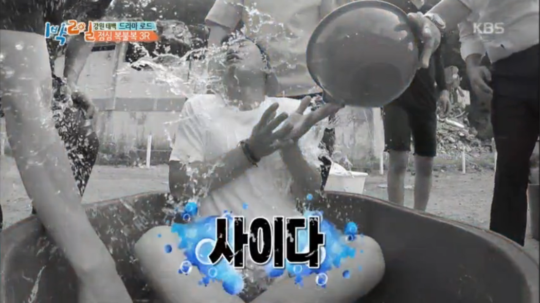 The third round parodies the scene in which Kim Ji Won is treated to an ice bath following a viral infection. The team with the lowest body temperature wins the game, with Cha Tae Hyun as the victor.

During lunch, Cha Tae Hyun calls Song Hye Kyo to “brag” about their exploits, and the other members quickly abandoned their food to join in on the call.

Descendants of the Sun
2 Days &amp; 1 Night
How does this article make you feel?