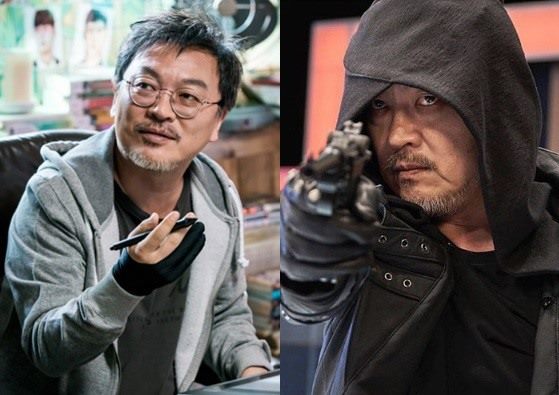 On September 10, the actor took to his official Facebook in order to express his gratitude for all the fans of drama.

He writes, “Today, all our filming for ‘W’ ending. Thank you to everyone who’s loved ‘W’ through its run from the bottom of my heart.”

Along with his message, Kim Eui Sung uploads a picture of an award he received from the director of the drama, implicitly thanking him as well. The actor appears to have received the trophy for his efforts as a supporting character.

The description on the award reads, “This award is being given to this actor for single-handedly appeared as an alcoholic, psychotic writer, serial killer, and loving father, therefore enhancing the overall final product and greatly contributing to reducing production costs.” 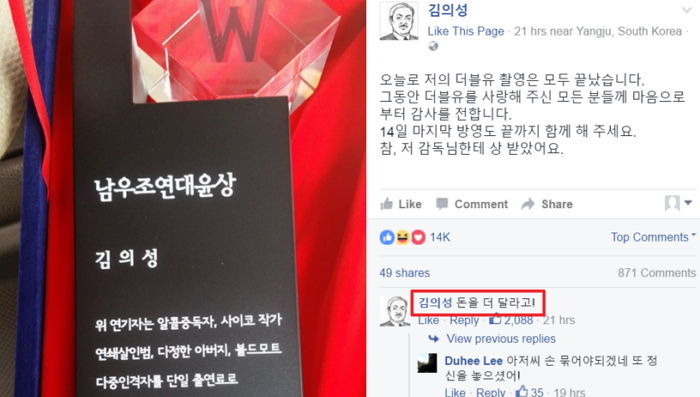 Hilariously, Kim Eui Sung leaves a comment that says, “I said give me more money!” imitating his “double-personality” of sorts from “W.”

Amused by the actor’s wit, one comment in particular replies, “Looks like we have to tie up his hands; he’s lost himself again!”

What were some of Kim Eui Sung’s most memorable scenes from the drama in your opinion?

Kim Eui Sung
W
How does this article make you feel?