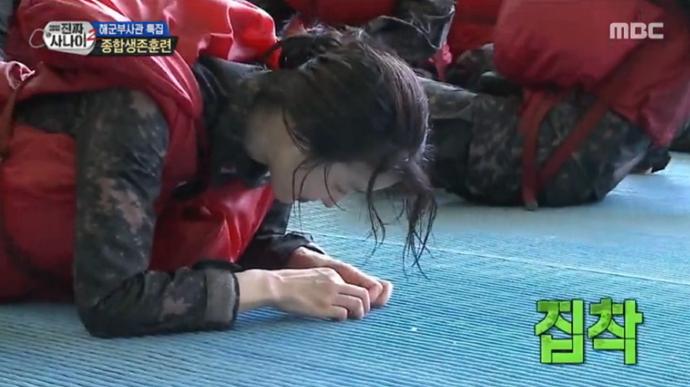 Lee Si Young recently showed her desire to eat during an episode of MBC’s “Real Men.”

During the recent episode, the instructors promise to give choco pies to the group who wins during the drills.

In the end, the choco pies are given to the second group instead of the first. Lee Si Young, who is especially hungry, is unable to receive a choco pie despite working hard.

Then Lee Si Young picks up the crumbs of the stolen choco pie and continues to eat. The actress shares her feelings during an interview, saying, “There weren’t a lot of crumbs that fell on the ground. If there were more, I would have been able to eat till I was full.”

Lee Si Young
Real Men
How does this article make you feel?