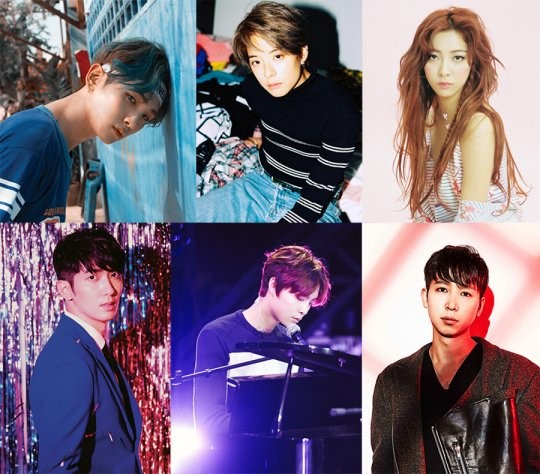 SM Entertainment and Dreammaker Entertainment are jointly hosting the Spectrum Dance Music Festival – and SM is sending a special lineup to the event!

The festival will be held on October 1-2 at the Nanji Hangang Park in Seoul and will feature a variety of genres like EDM, K-pop, and hip-hop. Some of the musicians invited include KASKADE, Dimitri Vegas & Like Mike, SIGMA, Don Diablo, Galantis, R3HAB, Duke Dumont, and Rl Grime. SHINee and Zico will also be performing.

SM’s special lineup, the “Dreamstation Crew,” includes SHINee’s Key, f(x)’s Amber and Luna, TRAX’s Jungmo, and SM Rookies’ Johnny. The crew will perform a specially-produced song at the event, and the track will be released officially through SM’s EDM label, ScreaM Records.

This is the Spectrum Dance Music Festival’s inaugural year and are planning to export to other cities. A more detailed lineup can be found on their official homepage, while tickets are available through Yes24.