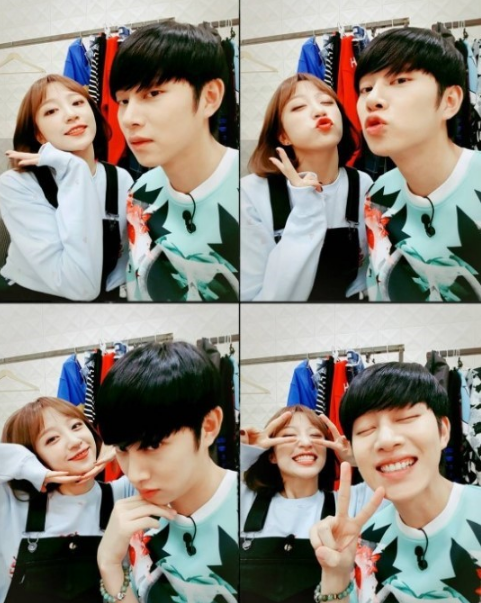 EXID’s Hani Expresses Thanks And Farewell To “Weekly Idol”

With news of Jung Hyung Don’s return to MBC’s “Weekly Idol,” EXID’s Hani expressed her thankfulness and farewell to the show on her personal social media account.

On September 13, EXID’s Hani posted a picture of herself and Super Junior’s Heechul with the message, “I was really happy to receive love from two oppas these past six months. With Hyung Don’s comeback and ‘Weekly Idol’ returning to its original place, I hope the show gets lots of love for a long, long time. I would like to thank everyone who created so many fun memories.”

Both Hani and Heechul became MCs for “Weekly Idol” when Jung Hyung Don previously left due to health reasons. Now with his comeback confirmed, the two temporary MCs will be stepping down.

Jung Hyung Don will be returning to “Weekly Idol” on October 5.