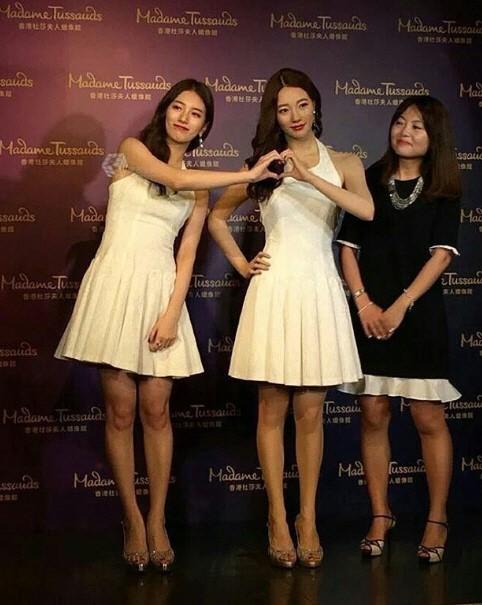 At a wax figure reveal event hosted by Madam Tussauds Hong Kong on September 13, miss A’s Suzy could not hide her surprise at the wax figure made in her image.

In photos from the event which have been circulating across Chinese media sites, Suzy wears the same head-to-toe outfit as her wax figure, which bears a striking resemblance to her. 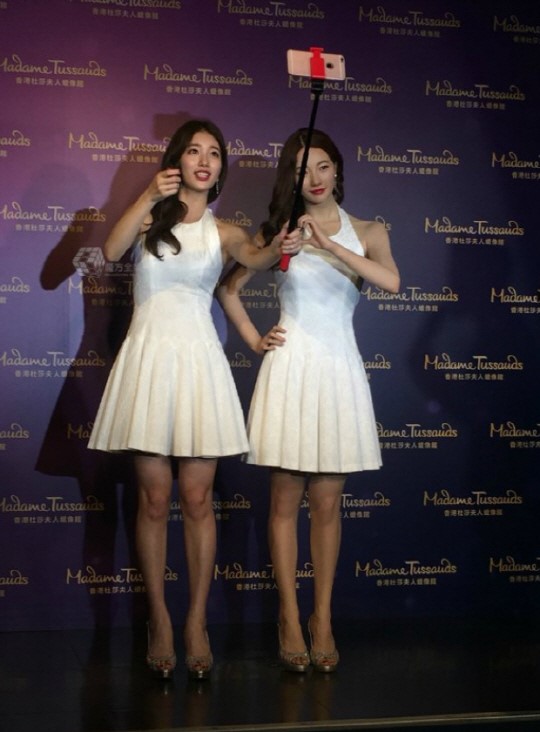 “I am very happy that I am the first Korean female actress to have a wax figure made after her likeness,” Suzy shared at the event.

Suzy reportedly only had compliments for the craftsmanship and attention to detail that went into the creation of her wax figure, saying, “The eyes and hair are seriously identical.” 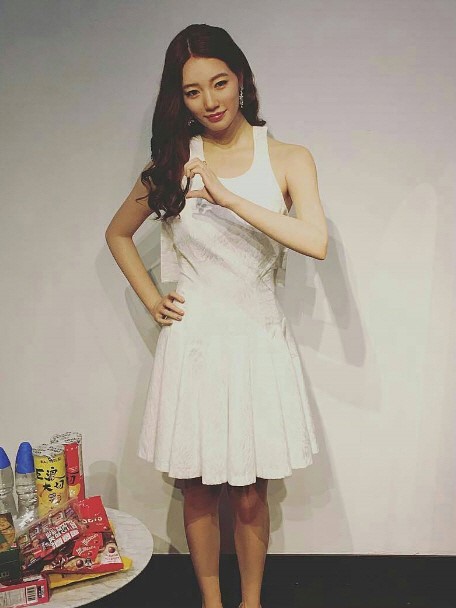