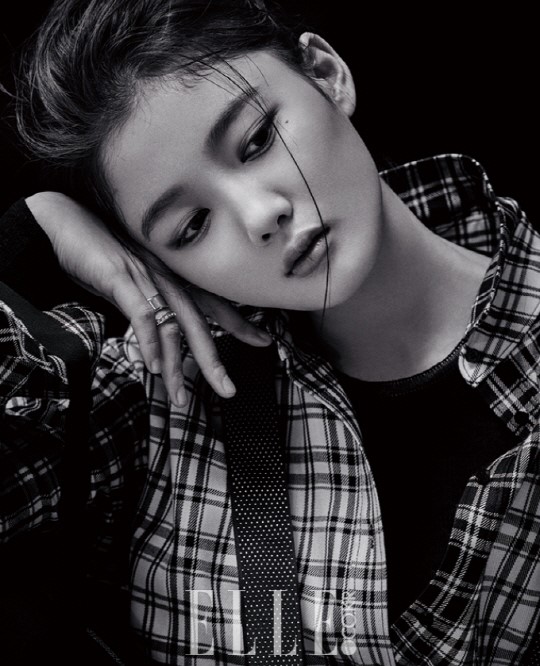 “Moonlight Drawn By Clouds” star Kim Yoo Jung recently shot a pictorial for Elle magazine. In the accompanying interview, she shared her thoughts on her charming co-star, Park Bo Gum.

“Filming is difficult,” she said first. “Not only do I have to wear hanbok, but because I’m playing a man, I had to compress my chest. The first shoot was so hard that I wanted to run away. But now I’m enjoying each day. All the actors and staff are having fun filming.”

She continued, “Park Bo Gum oppa is really good to me. We’re like siblings. Before we started production, we wanted to get close to each other so we did script readings together and went out to eat, but it felt awkward. When filming started, becoming closer happened naturally as we went through the difficulties together. Now not only Bo Gum oppa, but Jinyoung oppa and Kwak Dong Yeon oppa and all the seniors feel like family.” 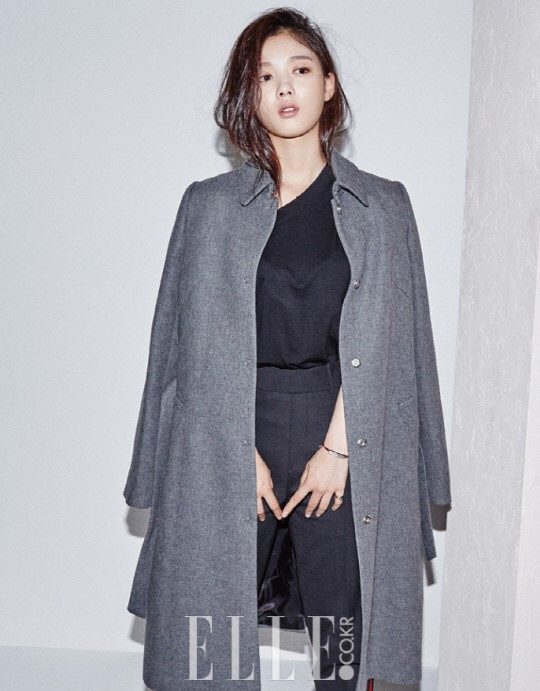 Kim Yoo Jung also named Jung Woo Sung as the person she wanted to be if she could live one day as a man. “I want to be a cool guy and meet pretty girls,” she joked, before adding more seriously, “I’d like to become a father. Families think they know each other, but they’re also the people you know the least. I’d like to experience being a father, a mother, a sister, and a brother so I could understand what my family thinks and how they see me. I can be a mother some day, but never a father. I want to know what the weight of that would feel like.”

Kim Yoo Jung, born in 1999, will be turning 20 (Korean age) soon. However, she is not looking forward to the day. “I’m sad that there’s not much time left in my teens,” she said. “I wish time could stop right now. People have been watching me grow up ever since I was young, so I worried a lot and I think I lost a lot of happiness. But I’m happy and satisfied right now and I’m working not to lose that happiness while it lasts.”

The interview and pictorial can be found in Elle’s September issue. You can watch the first episode of “Moonlight Drawn By Clouds” below!