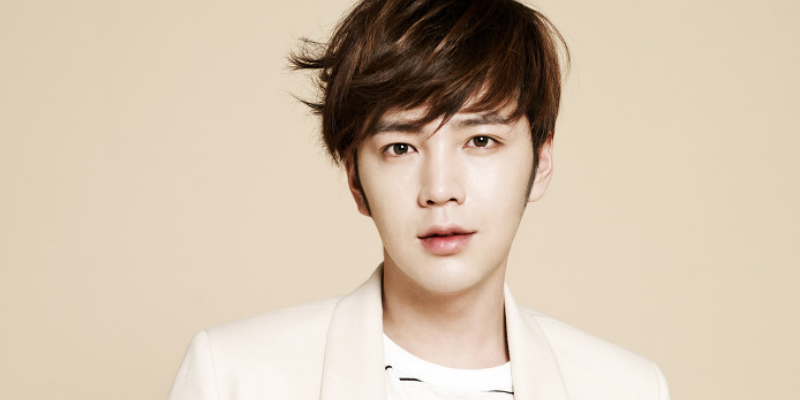 Jang Geun Suk Has Ambitious Plans For The Future

Jang Geun Suk debuted as a child model in a clothing catalogue, and appeared in a cable channel sitcom at age 11. Since then he has earned the title “Asia Prince” and is frequently named as one of Korea’s representative Hallyu stars.

“I feel proud that I expanded promotions not only to Japan but to the rest of Asia,” he said when asked about his titles. “As a representative of Korea, I always think I need to take more responsibility.”

The actor feels his popularity most at airports and concert venues. “When I go abroad, fans always gather there to see me. Recently, I’ve seen more younger fans and male fans, which surprised me. I’m grateful to my fans for showing interest in me and making me feel loved.”

To his global fans, he said, “To my eels [a name for his fans] around the world! Are you well? I am also thinking about you. Although you are far away, thank you for supporting me as if I were near you. Here’s to the future!”

He also has big plans for said future. “As an actor, I want to keep building my filmography, but as a singer I’d like to expand into an Asia tour and a world tour. I’d like to try productions and solo promotions abroad as well. I want to meet directly with fans all around the world.”

Jang Geun Suk wrapped up his latest drama “Jackpot” earlier this year and embarked on an Asia tour and a concert in Japan shortly afterward. “I promoted in Japan as a singer,” he said about his activities, “but this time I transferred to Universal. I released the single ‘Darling Darling’ last month and soon I’ll release a song called ‘Endless Summer.'”

He is also appearing on “My Ear’s Candy” and recently shared some sweet chemistry with Yoo In Na, one of the “Candys” on the show. “The Candy from the first and second episode was Yoo In Na,” he recalled. “I only found out after the filming. Since the Candys change with every filming, I get excited every time. I was impressed when I found out it was Yoo In Na. Maybe it’s because she was a radio DJ for a long time, but she was really good at sharing her thoughts through just her voice.”

Fans who want to see him back on the small screen may have to wait, although there’s still hope. “I want to rest for a while after filming a historical drama earlier this year,” he said. “But I’m still looking at scripts and I’m ready whenever a good project comes along.”