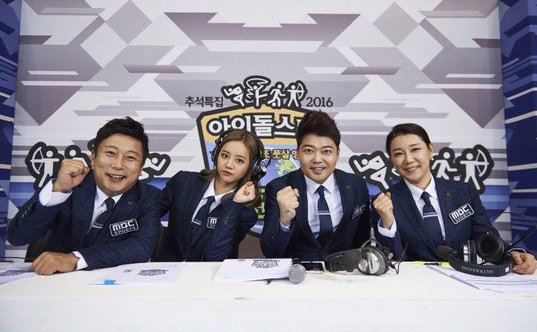 The twice-yearly championships will be broadcast later this week and features rhythmic gymnastics for the first time. Due to the demanding nature of the sport, the competitors trained with former national representative athletes for five weeks. However, all those grueling hours of practice must be channeled into only 1 minute and 30 seconds of performance.

During the recording, one competitor who had performed flawlessly during rehearsals made a mistake in the competition and was seen crying with her groupmates after it ended. Hyeri, who was looking on, ended up shedding tears in sympathy as well, taking fellow hosts Jun Hyun Moo and Lee Soo Geun aback.