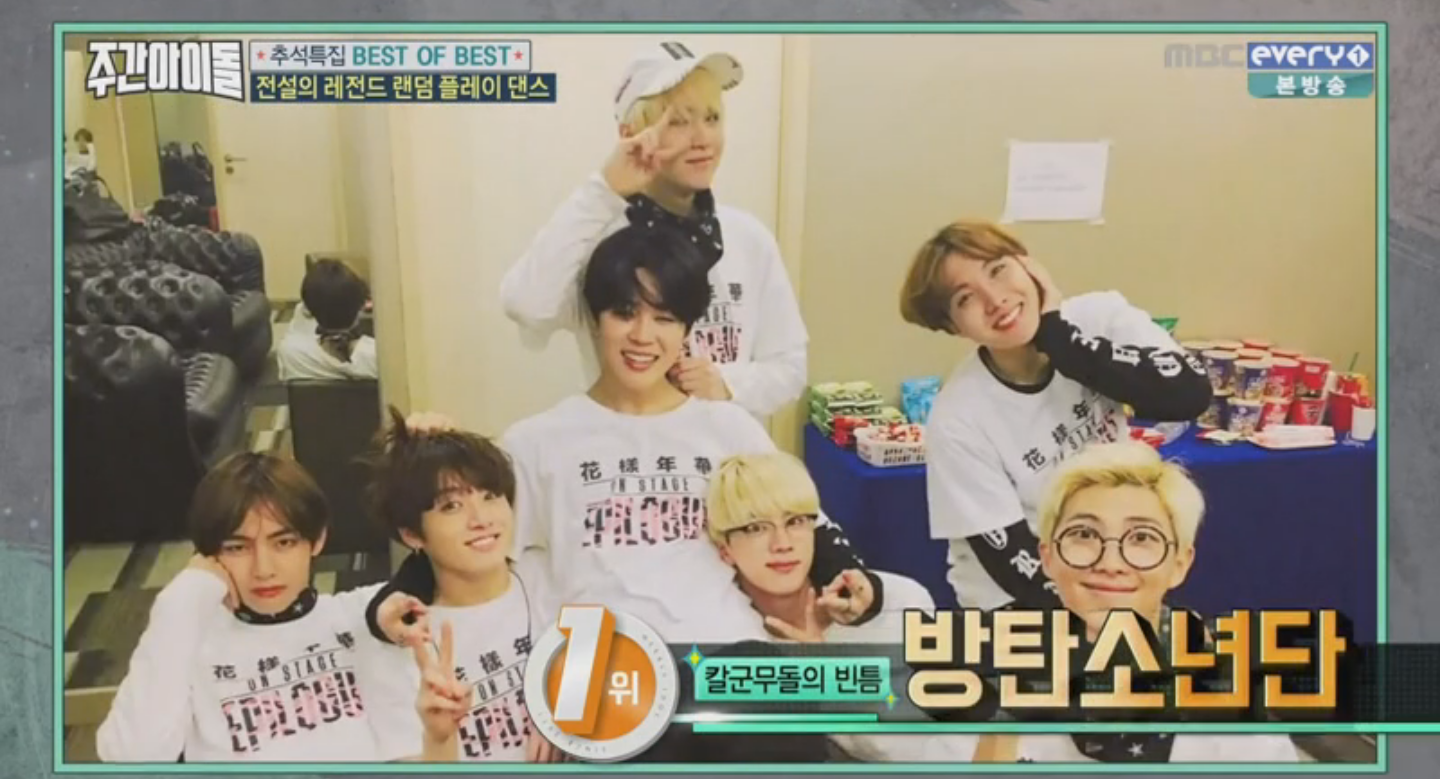 The hosts present a list of the top seven random play dances, voted on by 93,000 viewers, which seem to have been chosen for being the most entertaining and memorable. Coming in seventh place is IU, who had to perform Sunmi’s “24 Hours” at Jung Hyung Don’s request when she was doing all her own choreography too perfectly. TEEN TOP comes in sixth place for their hilariously violent reactions whenever a member made a mistake. 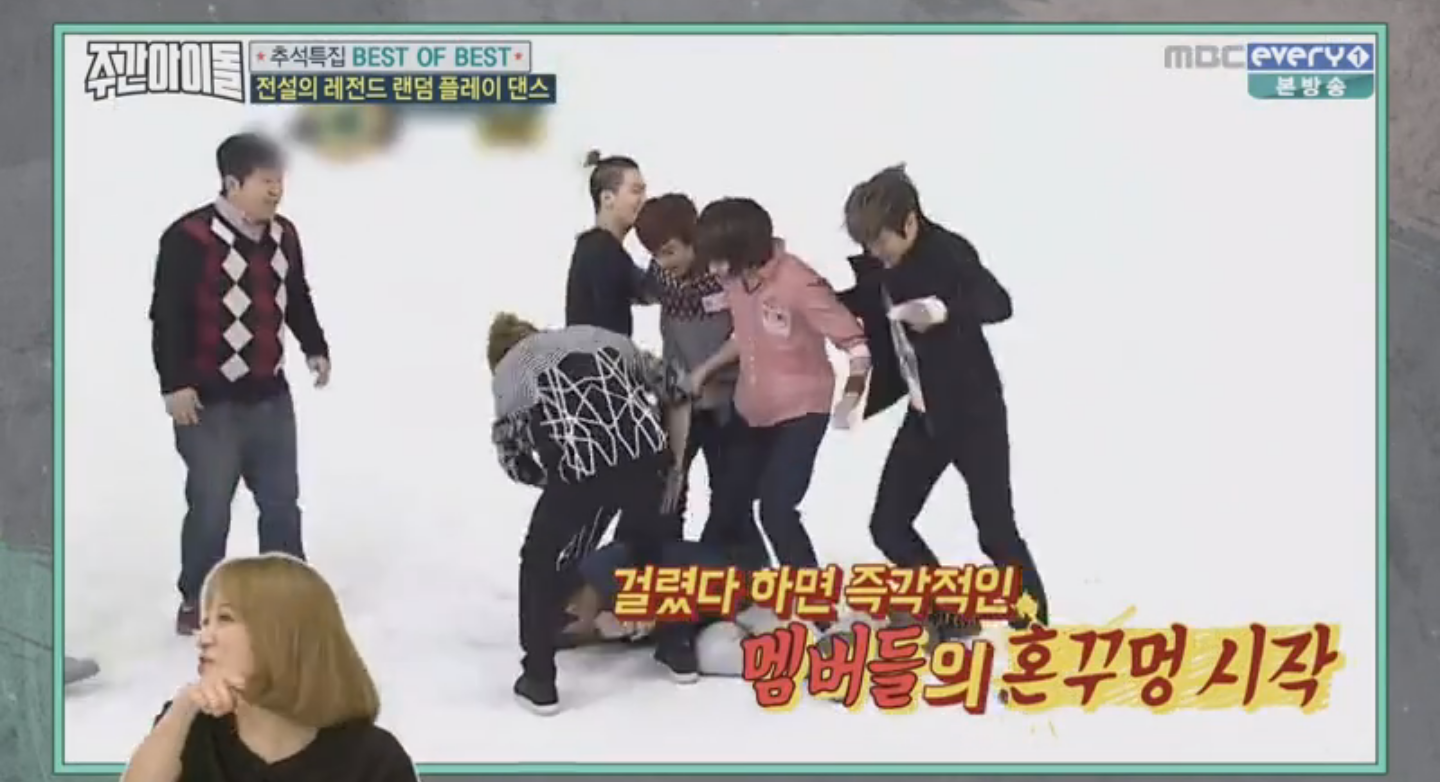 Girls’ Generation takes fifth for all the funny “black hole” members that they discovered during their dance. 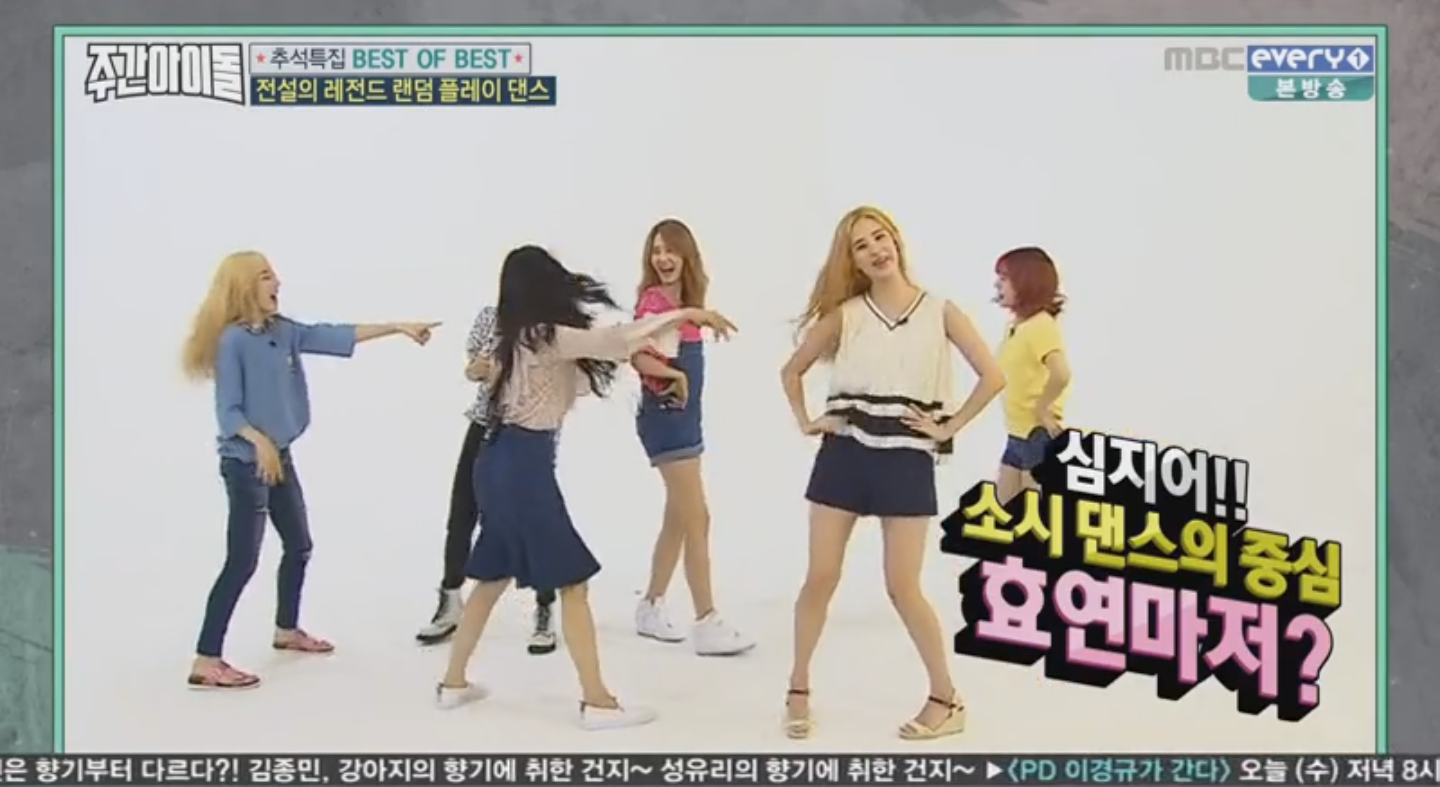 BEAST takes fourth place for their epic slip-ups and memory loss, followed by GFRIEND in third for wowing the hosts. INFINITE comes in second for when the hosts got to inspect their positioning during their famous scorpion dance and for Sunggyu’s funny mistakes as the group’s “black hole.” 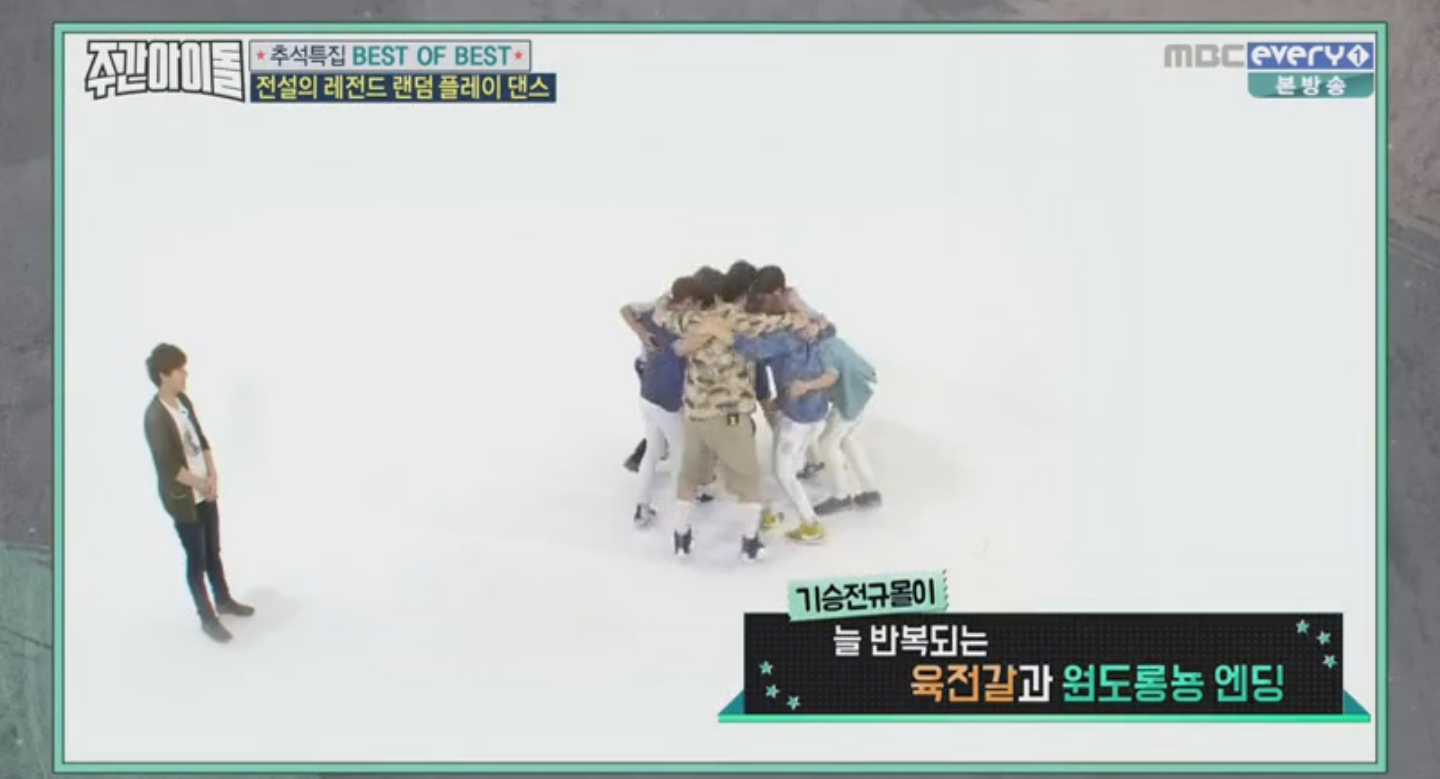 BTS comes in first place because the hosts loved getting to pick apart their performances to find mistakes, since the group is known for their difficult and usually razor-sharp choreography. 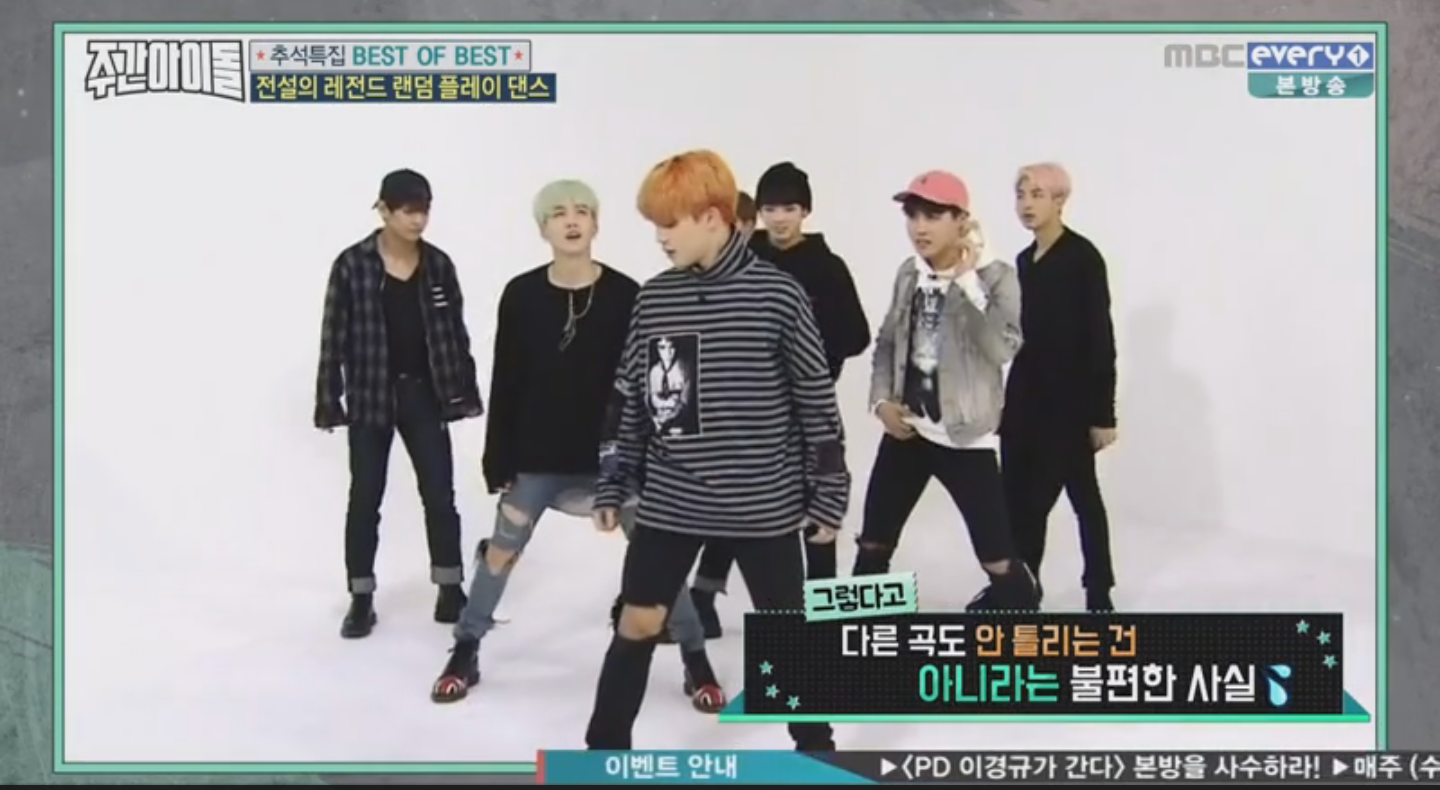 What’s been your favorite random play dance on “Weekly Idol”?