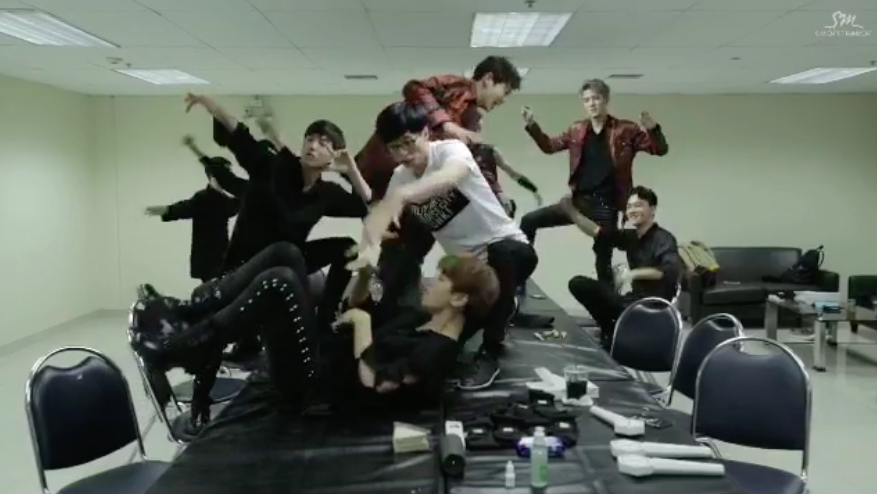 EXO and Yoo Jae Suk wish you a Happy Chuseok with a teaser for their upcoming collaborative track “Dancing King”!

Released through SM Entertainment’s digital music channel SM STATION, the video teaser for “Dancing King” is all kinds of silly and adorable as the members of EXO and Yoo Jae Suk do their version of the Harlem Shake to the song.

“Dancing King” is slated to be an upbeat dance track with a heavy brass sound and samba rhythm. The track will officially drop via various online music sites on September 17 at 8 p.m. KST. The performance for “Dancing King” will also air on the September 17 episode of MBC’s “Infinite Challenge.”

EXO
Yoo Jae Suk
How does this article make you feel?