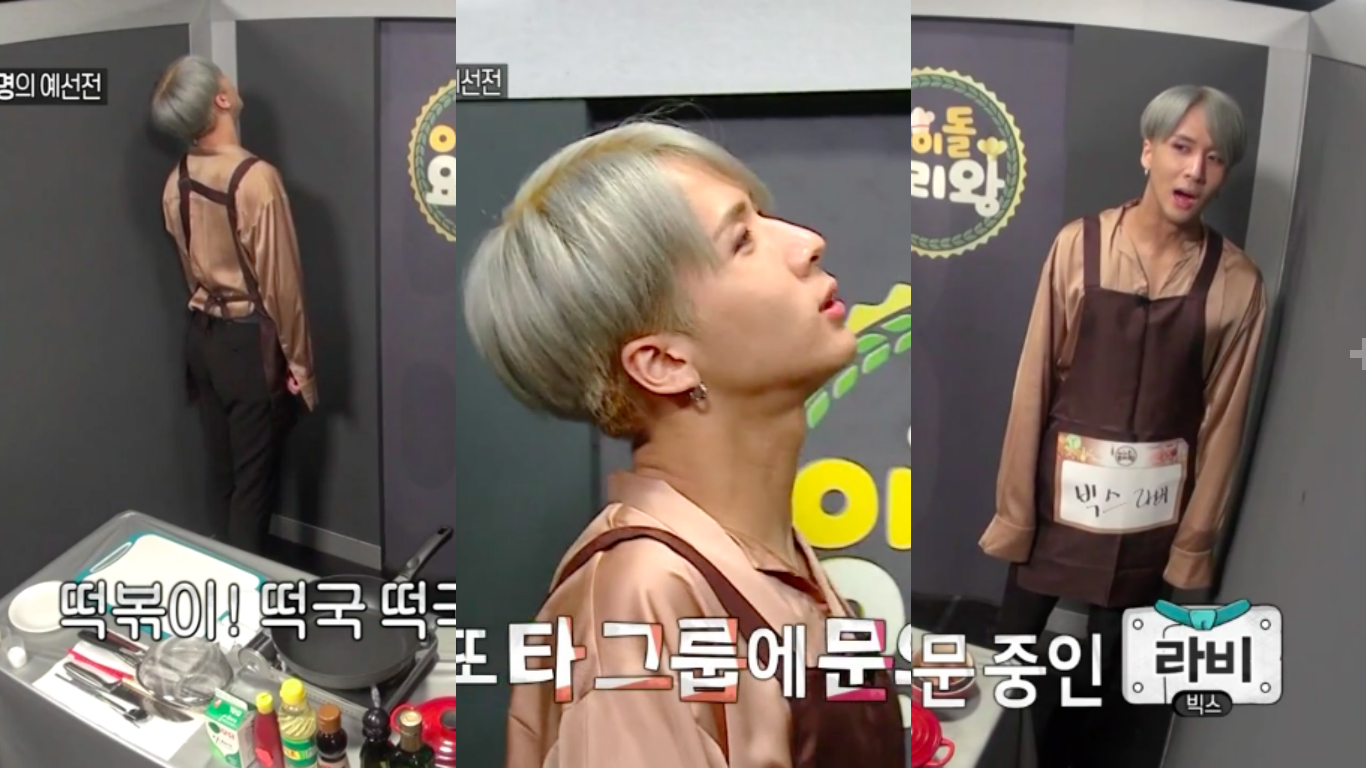 During September 14’s Chuseok special “Idol Chef King,” the members of VIXX try to trick each other as they compete to enter the main competition!

VIXX took part in the preliminaries for the special, which features 217 idols in total. All of the idols are placed in individual booths, where they’re told to make either poached eggs or jidan (an egg garnish) using the ingredients and tools available to them. Very few of the idols even know what the dish they’re supposed to make is, which leads to a lot of hilarious kitchen disasters.

VIXX’s Ken gets tasked with making jidan, and points out with a laugh that it sounds like the last name of French soccer player Zinedine Zidane. Hongbin, N, and Leo also get the jidan mission, and none of them know what it is. 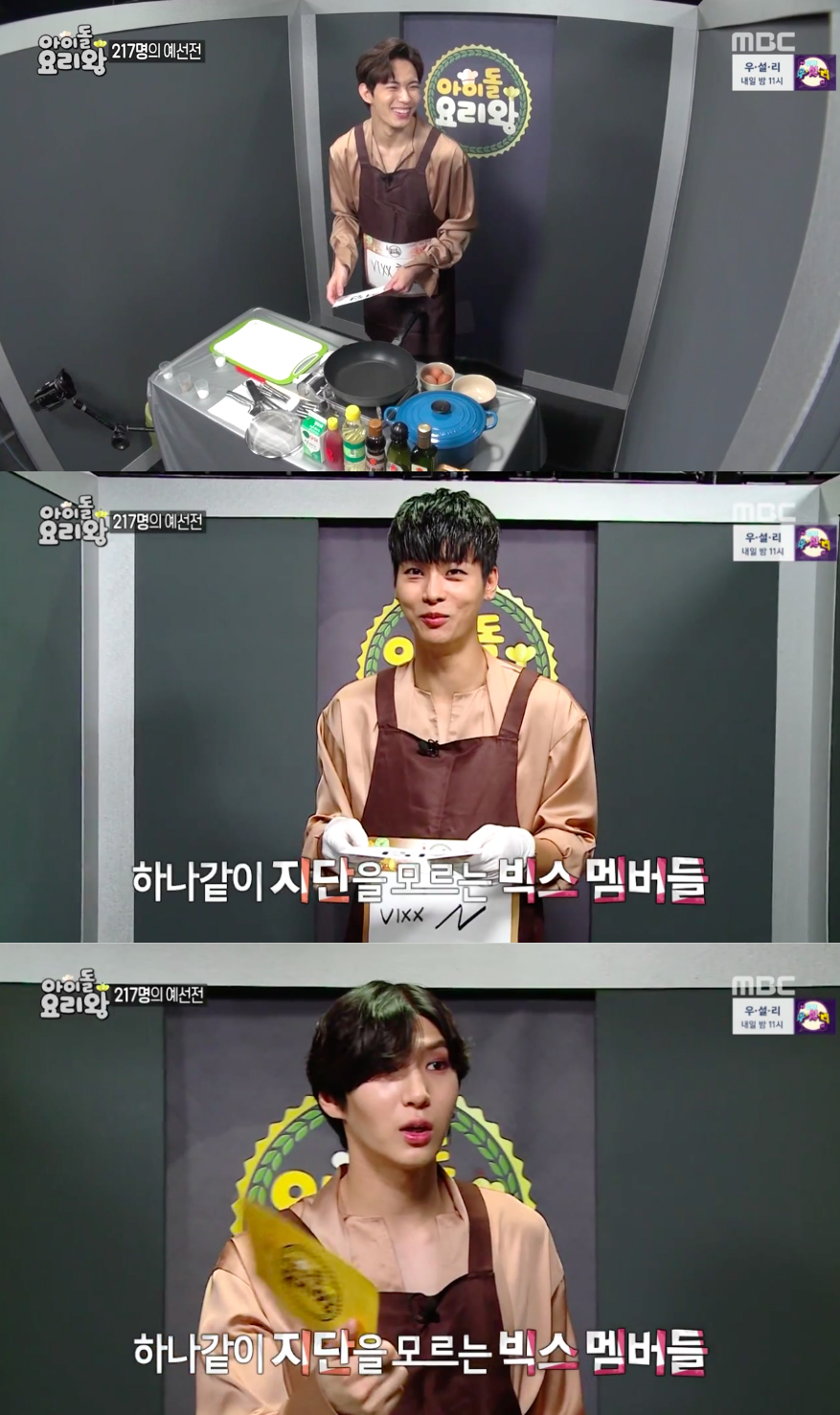 Meanwhile in their booths, Ravi and Hyuk have been told they’re supposed to make a poached egg. Ravi immediately asks the crew what that is, but doesn’t get an answer. He yells over to the others, “What’s a poached egg?” 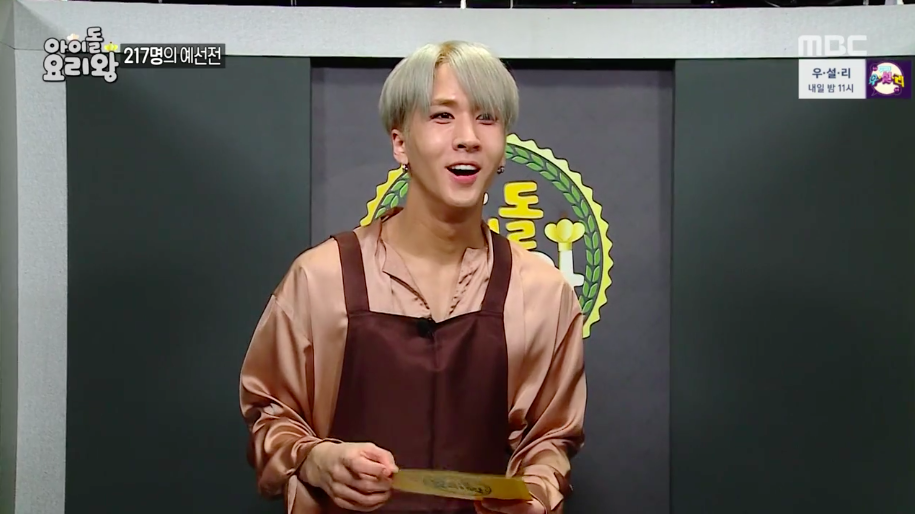 N replies, “I know that one. If you tell me what jidan is, I’ll tell you!” Ravi knows, and explains to him that it’s used as a garnish in soups. N says “Ah!” and begins to crack an egg, but leaves Ravi hanging. “Tell me what a poached egg is!” yells Ravi. It turns out that N actually doesn’t know, and just tries to ask the crew for hints. 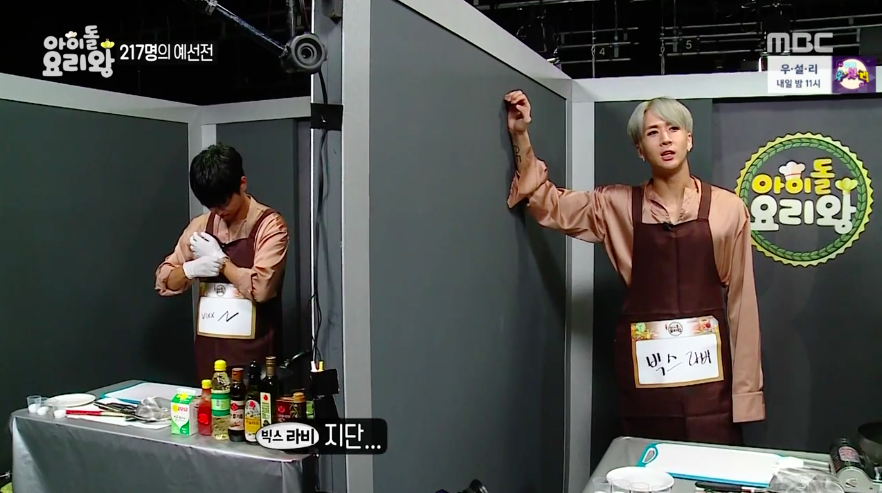 Leo calls out for Ken through the wall, asking him what jidan is. “I’m not going to tell you!” sing-songs Ken in reply. 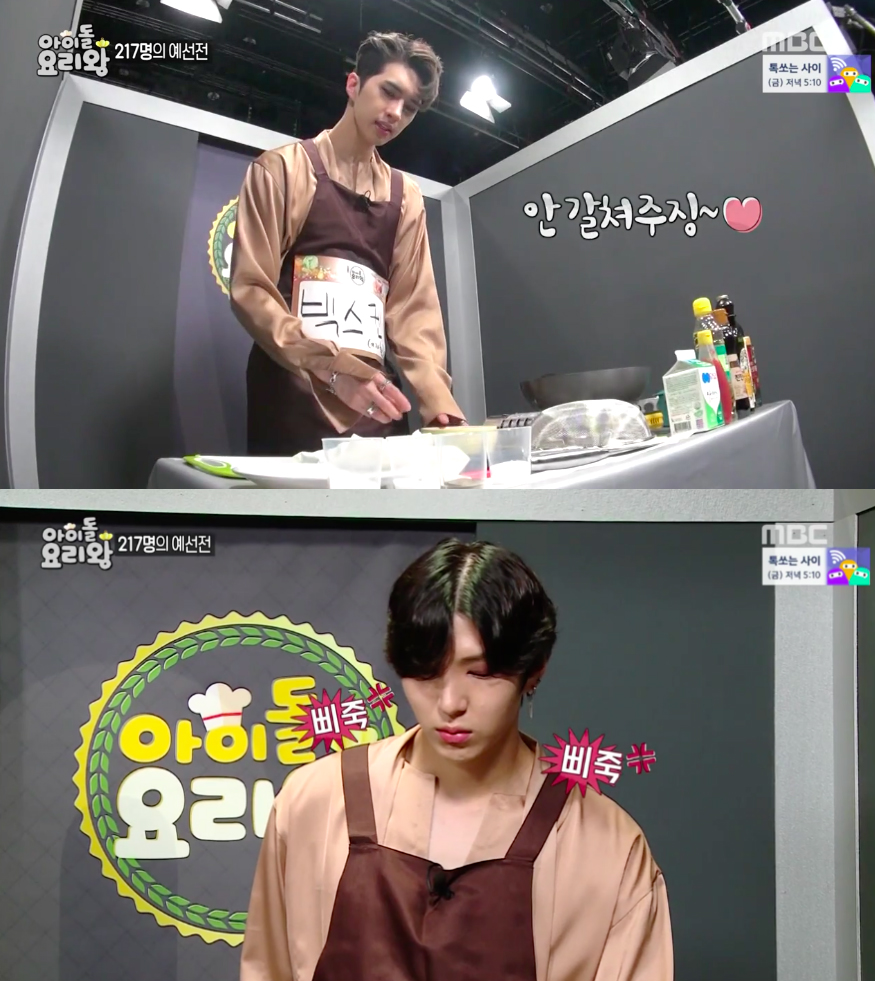 Hongbin then yells out, “What’s jidan exactly?” and gets a reply from BIGSTAR’s Sunghak, “It’s that thing you put in rice cake soup!” 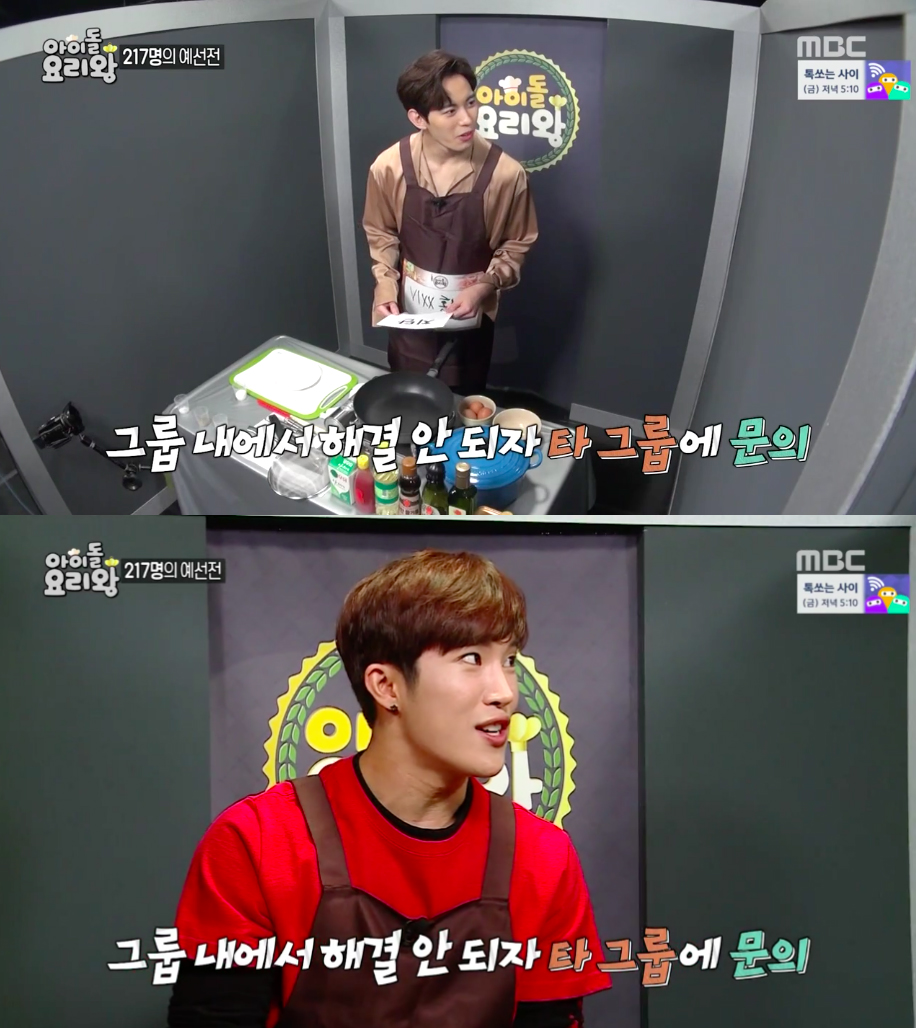 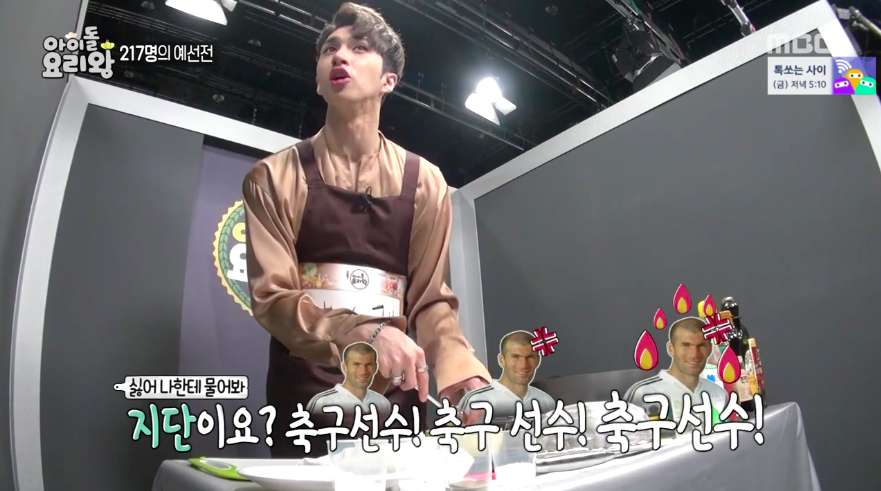 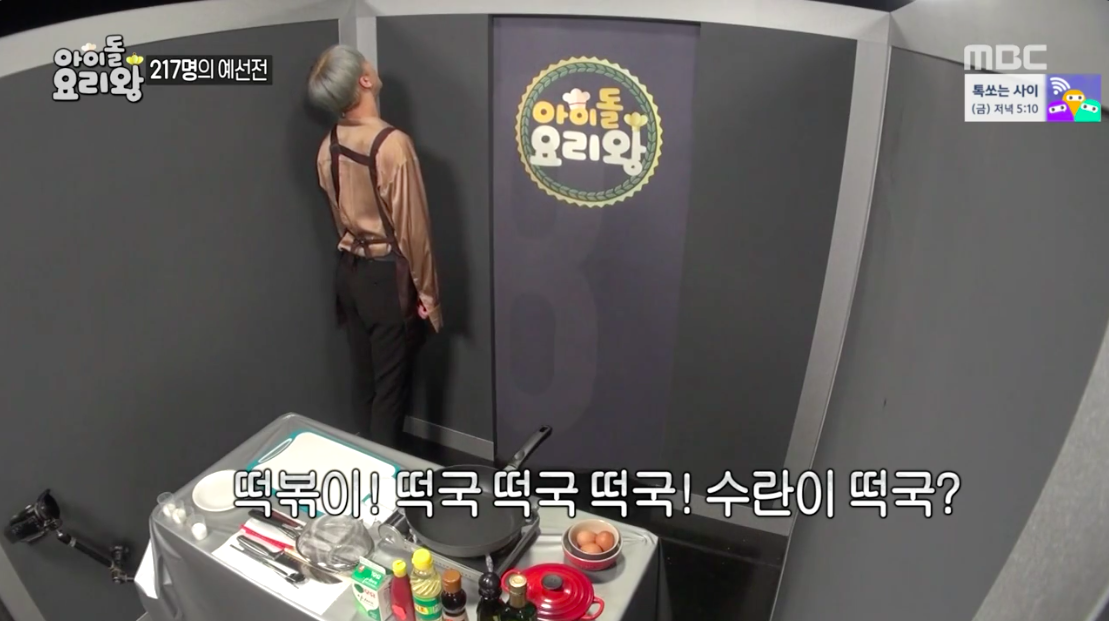 “Tteokbokki!” yells Hongbin as he works, and Ken jumps in with, “Soccer ball, soccer ball!”

“No, a singer who’s not in VIXX!” yells out Ravi, and Ken yells back, “Jidan goes in soccer balls!” which cracks up N. 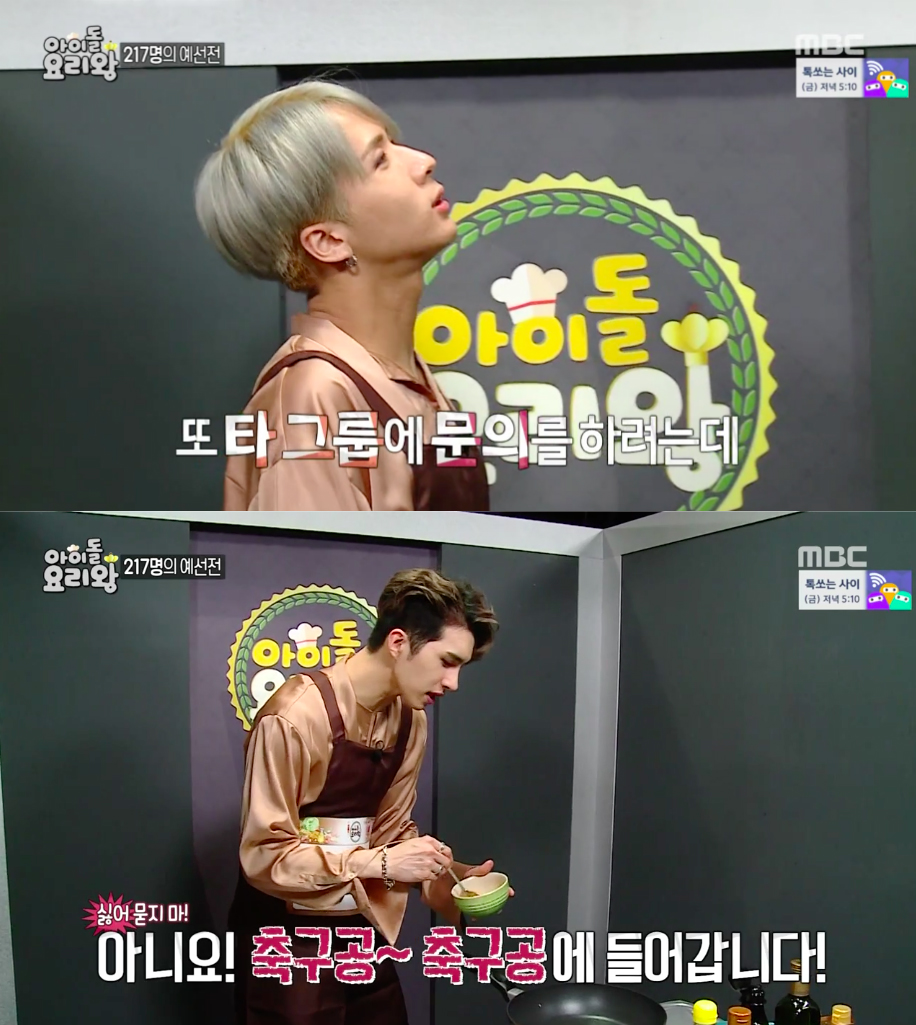 N tries to help Ravi out but gives him totally wrong information, and then asks the crew to help Ravi, saying, “He’s getting frustrated over there.” After more attempted interference from the guys (including Ken just making nonsense sounds and then suggesting that Ravi “make a soccer player”), N asks Ravi if he’s even started yet. “I just turned on the burner,” admits Ravi. “Then just promote our new song,” suggests N.

“We’re currently promoting ‘Fantasy,'” says Ravi into the camera, and N laughs, “He’s going to be totally edited out.” Thankfully not! 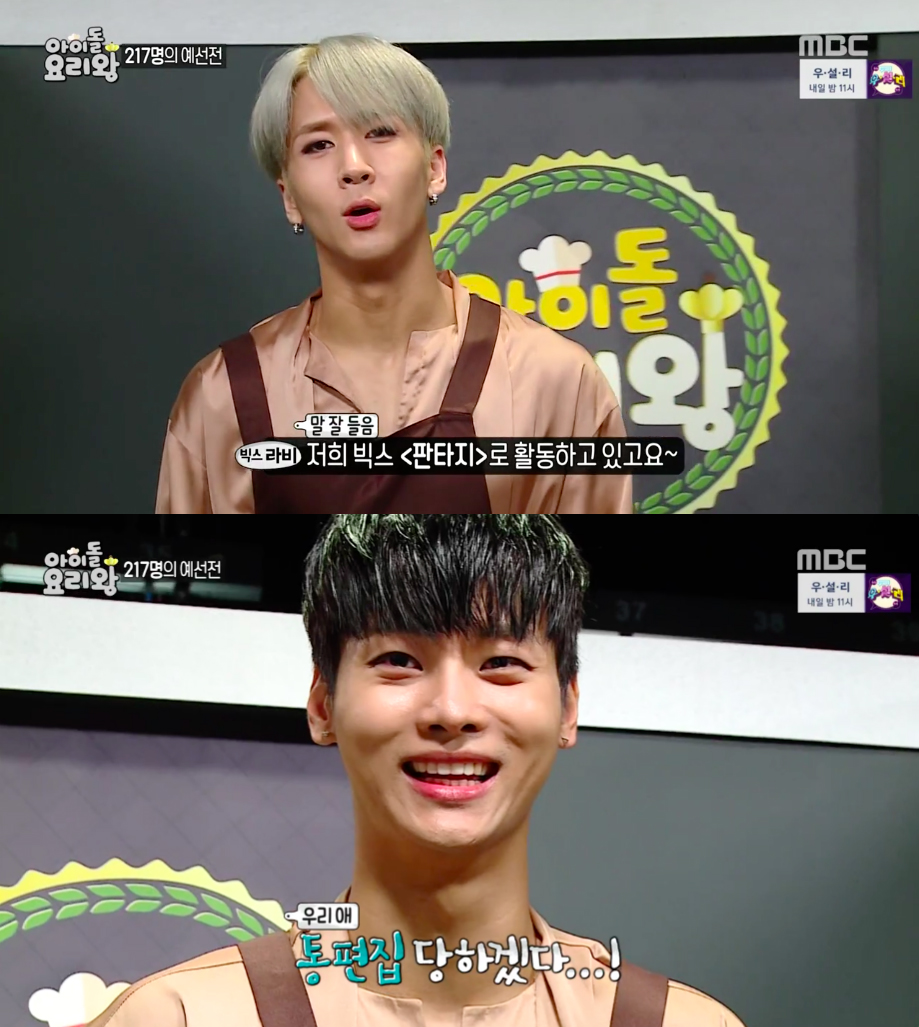 Watch more of VIXX in the preliminaries episode of MBC’s “Idol Chef King”!