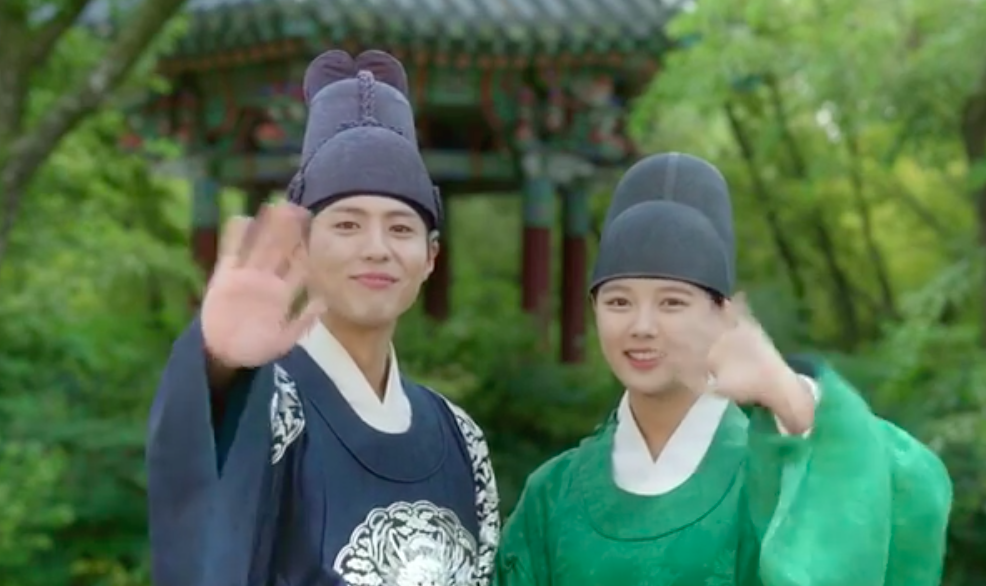 In the new video, which was uploaded onto the “Moonlight Drawn By Clouds” official Instagram on September 14, Park Bo Gum and Kim Yoo Jung express their gratitude to viewers for helping the drama break the 20 percent rating mark. They also wish everyone a happy Chuseok.

“Chuseuk is approaching soon. We hope you have an enjoyable hangawi (the traditional Korean name for Chuseok) with your family,” Kim Yoo Jung says.

“Moonlight Drawn By Clouds” will air a special two-part broadcast on Friday September 16 at 11:40 a.m. KST. The first part of the broadcast will consist of the first four episodes of the drama, and the second part will consist of episodes five to eight. Behind-the-scenes and NG footage will also be included.

Watch the first episode of “Moonlight Drawn By Clouds” on Viki below!