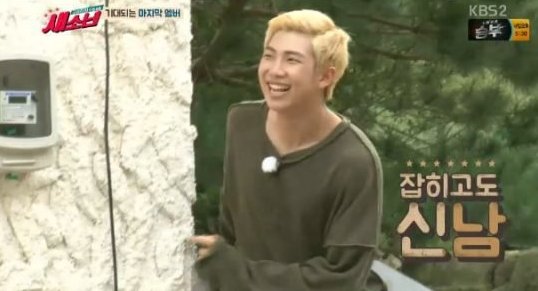 In September 15’s pilot episode of the KBS variety show “New Boy,” BTS’s leader Rap Monster seems to have a great time turning his entrance into a playful prank!

The cast of this new show includes Kim Gura, Cha Tae Hyun, Eun Ji Won, Kim Byung Ok, and Rap Monster, and follows them as they “travel back in time” to certain periods. In the pilot episode, the cast’s nostalgia trip is back to 1983.

In the beginning, the four older members have all gathered at the house where they’re filming when the doorbell rings. The guys yell out that the door’s open, and Eun Ji Won can’t see anyone outside when he checks. The guys laugh at the prank, and Kim Byung Ok wonders if he’s not someone older who’d appreciate that kind of joke.

We then see Rap Monster sneaking back up to the door to ring it again. He hits the doorbell again twice before escaping and hiding behind the corner before Cha Tae Hyun can catch him. Eun Ji Won and Cha Tae Hyun stand outside, trying to figure out how someone’s managed to ring the door bell and get away so fast. 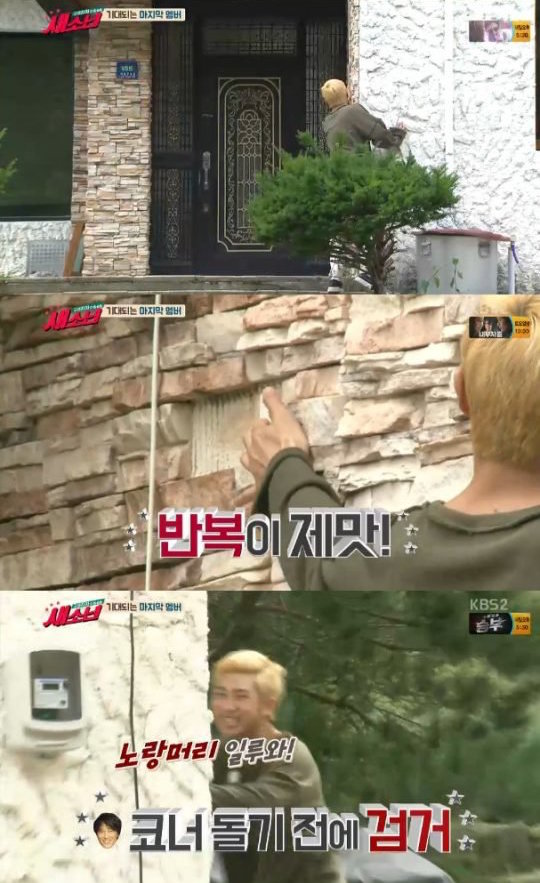 The pair then head inside and crouch by the door, waiting for the prankster to return. Rap Monster rings the bell again, but Cha Tae Hyun is ready for him, bursting out of the door and running after him yelling “Come here! I got you! Come here, blondie.”

Caught in the act, Rap Monster then grins and says hello to Cha Tae Hyun and Eun Ji Won, before being led inside, where he politely greets the older cast members. When Rap Monster says he was born in 1994, Kim Byung Ok is shocked and says, “You’re the same age as my daughter.”

Rap Monster smiles and shakes his hand while saying, “Father! Nice to meet you!” 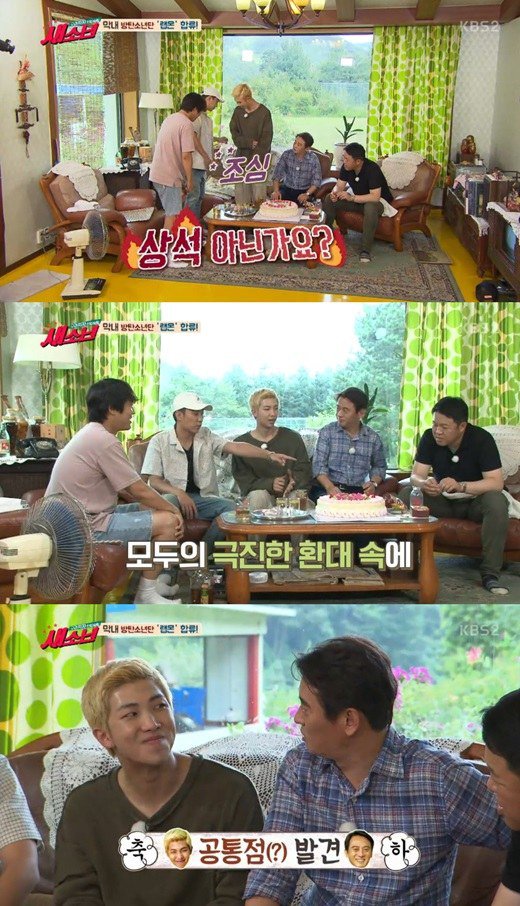 You can watch the clip here, and see more of Rap Monster and the cast in the pilot episode of KBS’s “New Boy”!