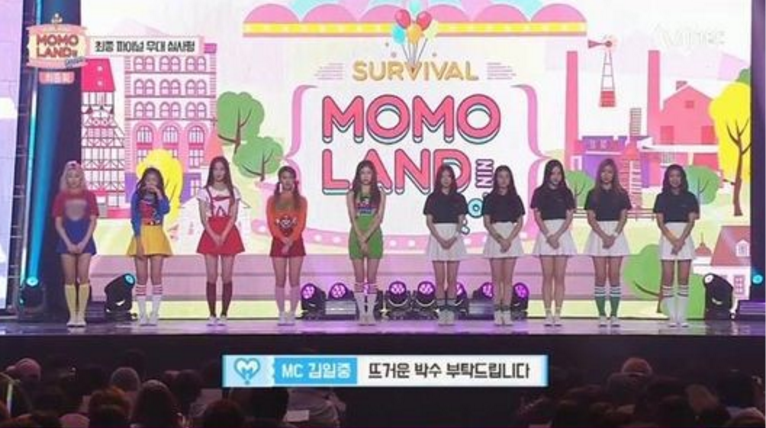 September 16 was the final broadcast, in which team A and team B carried out the final mission of the competition. Three thousand fans came to watch the finale of “Momoland,” and agency artist Heo Chanmi also made an appearance to cheer on her label mates.

Six member in total were chosen for Momoland. The first member to join was Hyebin, followed by Nancy, Nayoon, Ahin, and Yeonwoo. The last member to join Momoland, chosen by the fans, was Jane.

MOMOLAND
Finding Momoland
How does this article make you feel?