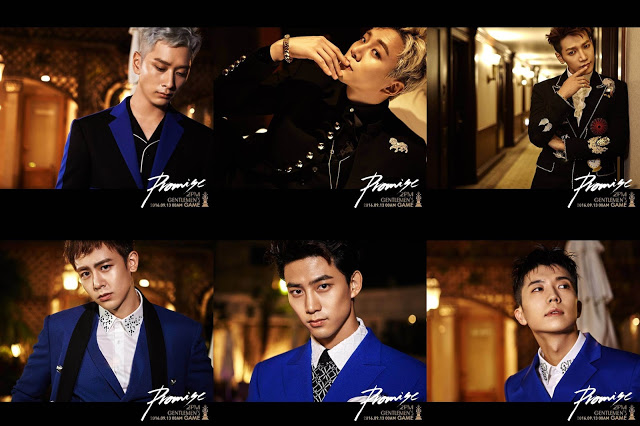 The album, which was released on September 13, snatched the number one spot on the iTunes album chart in Thailand, Taiwan, Indonesia and Singapore. It also ranked second in Malaysia, third in Hong Kong, and eighth in Macao.

Moreover, it topped the streaming charts for Apple Music as well, taking the top place in Thailand, second in Indonesia, Taiwan and Malaysia and third in Singapore.

The album has also done extremely well domestically, taking top spots in the music video charts in South Korea as well as in China.

“Gentlemen’s Game” is 2PM’s first album in one year and three months. 2PM member Taecyeon participated in writing and composing “Promise” and it is a blend of future bass, big band and urban music.

Support the artist by buying Gentlemen's Game from YesAsia