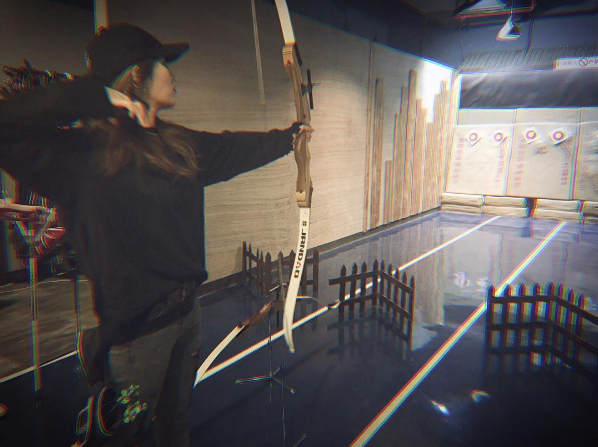 In a series of photos she posted on September 16, Jia shows off her outstanding abilities as an athlete once more.

The idol is dressed comfortably in a black hat and hoodie ensemble as she intensely shoots arrows at the target. Afterwards, she shows off her impressive results from the shooting session.

While a few of her arrows land in the eight-point range, the majority of her shots score nine and ten points.

Satisfied with her results, she smiles for the camera while raising double victory signs.

Jia’s athletic abilities have already been demonstrated to the public when she previously won the high jump portion of MBC’s “Idol Star Athletic Championships.”

Meanwhile, the former miss A member is reportedly currently active as an actress in China.