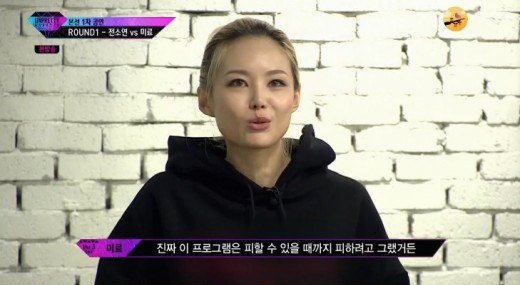 During the September 16 broadcast of Mnet’s “Unpretty Rapstar 3,” fellow Brown Eyed Girls members JeA and Narsha visited Miryo as she practiced for the next round of the competition.

While expressing her worries out to her members, the rapper reveals, “I wanted to avoid ‘Unpretty Rapstar’ as long as I could. I didn’t want to appear until the day I died. However, I can feel that I’ve improved over these last three months. There were a lot things that were hard for me, but there were a lot of things were helpful as well.”

Later during an interview with the producers, Miryo also states, “I feel like I was able to do things I was unable to do previously when I was running away [from ‘Unpretty Rapstar’].” 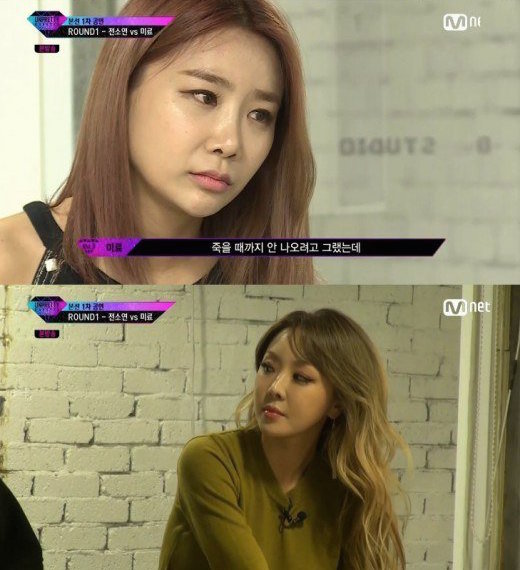 After listening to Miryo’s inner thoughts, JeA reassures her, “I’m just happy you were able to break out ‘Show Me the Money 1,'” while Narsha says, “The only number one in our hearts is Jo Miryo.”

Unpretty Rapstar 3
Brown Eyed Girls
Miryo
How does this article make you feel?