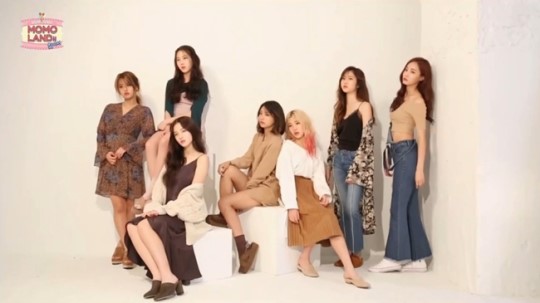 Although “Finding Momoland” wrapped up on September 16, Duble Kick has announced that the finalists’ debut will be delayed.

A press release from Duble Kick Company stated, “The ‘Momoland’ members were asked to gather 3000 people for the final mission and perform two songs that will appear on their debut album. Unfortunately, they did not succeed in their mission, only gathering about 2300 people.”

They continued, “If they had succeeded in their final mission, we were going to debut the group right away. Since they did not succeed, Hyebin, Nancy, Ahin, Yeonwoo, Nayoon, Jane, and Joo Yi will work hard to show a better side of themselves in the future.”

They also stated that Daisy, Shin Si Ah, and Hee Jae, who were eliminated from the show, would go back to trainee status.

Finding Momoland
How does this article make you feel?