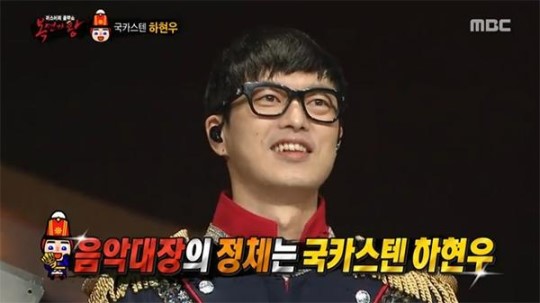 Can’t a man just make some music without having to deal with such ridiculous rumors?

Recently, on an online discussion board, rumors about Guckkasten’s Ha Hyun Woo were posted. According to the rumors, following his highly successful turn on the MBC singing competition show “King of Masked Singer” as “Our Neighborhood Music General,” Ha Hyun Woo had become immensely rich and was able to purchase a building.

The rumors had spread so vastly that he had to address them at a press conference for his concert, saying, “There’s been a rumor that I built a building. When I heard that, I was really flabbergasted. We’re just at the point where, if we want to eat meat, we can go eat meat and do the music that we want.”

Ha Hyun Woo
The King of Mask Singer
How does this article make you feel?