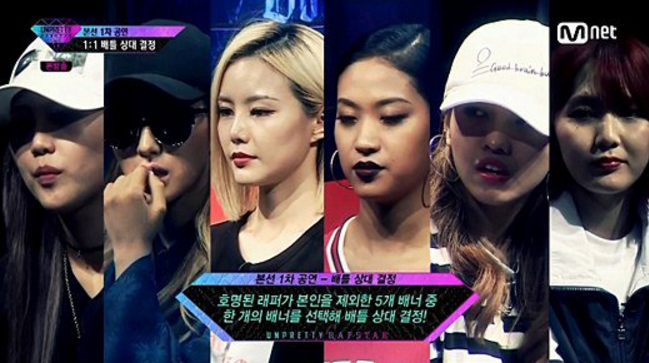 The September 16 episode of Mnet’s “Unpretty Rapstar” started out with rap battles between Ash B, Yook Ji Dam, Euna Kim (also spelled Yuna Kim), and Grace to determine which two rappers would move on to the stage of the competition.

In the end, Euna Kim and Grace get eliminated. 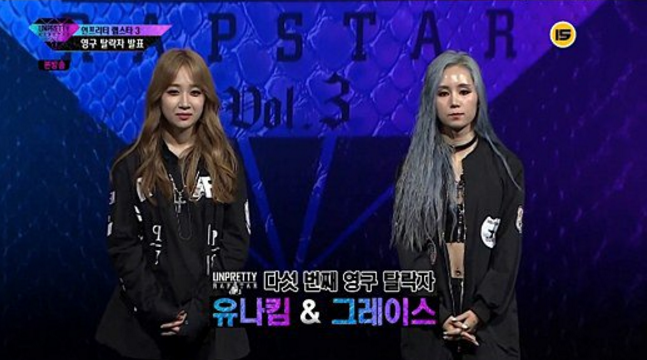 Then the show centers on the six contestants left who would face off in one-on-one rap battles to determine the final three for the finals. 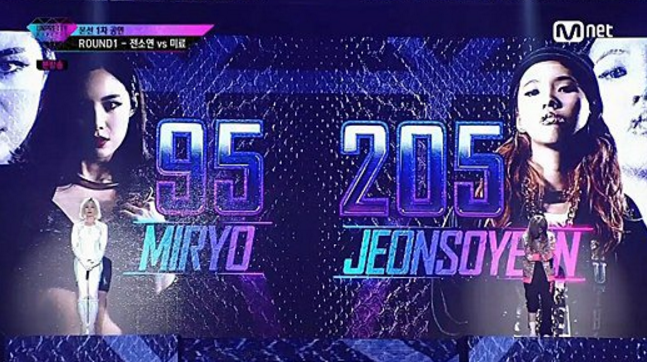 The second battle is between Nada and Ash B. Unfortunately, Nada makes a mistake during her performance and Ash B’s heartfelt stage wins 202 votes. 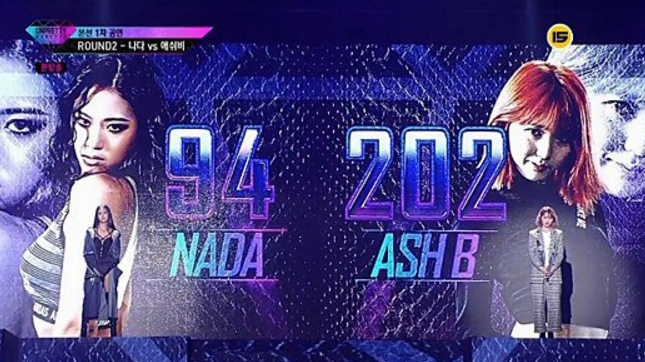 Thus, Jeon Soyeon and Ash B will be moving on to the finals. The third battle between Yook Ji Dam and Giant Pink will air in the next episode.

Unpretty Rapstar
How does this article make you feel?