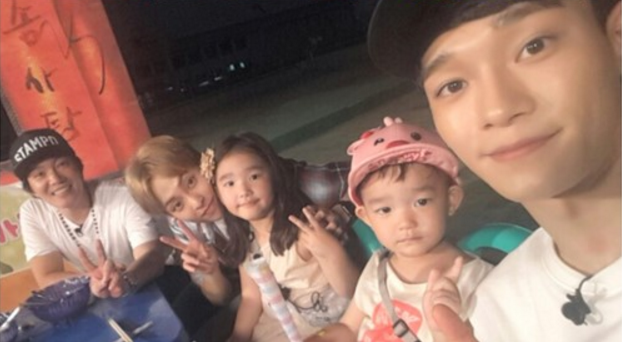 Xiumin and Chen’s appearance on KBS 2TV’s “The Return of Superman” is finally coming!

The EXO members meet the SoDa siblings in the upcoming episode.

Fans have been especially looking forward to Chen meeting his lookalike Da Eul and since he has previously shown his affection for the toddler through a video message. 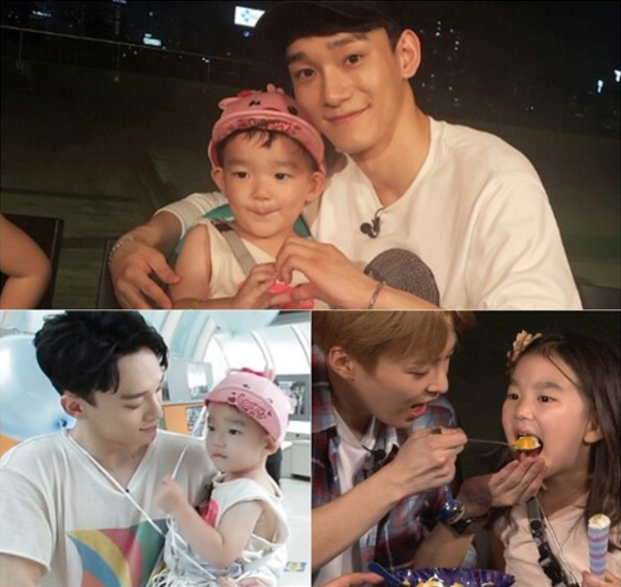 In an effort to get closer to Da Eul, Chen puts on a mask and introduces himself as his older brother. However, Da Eul gets surprised and hides behind his father. This makes Chen take off his mask immediately while sweating. However, Da Eul warms up to Chen despite the awkward first encounter due to Chen’s friendliness.

Xiumin also makes efforts through pretending to be a monster and changing his voice through helium. So Eul is especially pleased with Xiumin’s hair accessory gift for her.

Father Lee Beom Soo comments that seeing Chen is like looking at a younger version of himself. You can watch Xiumin and Chen become caring uncles on “The Return of Superman” when it airs on September 18.

EXO
Xiumin
The Return of Superman
Chen
How does this article make you feel?