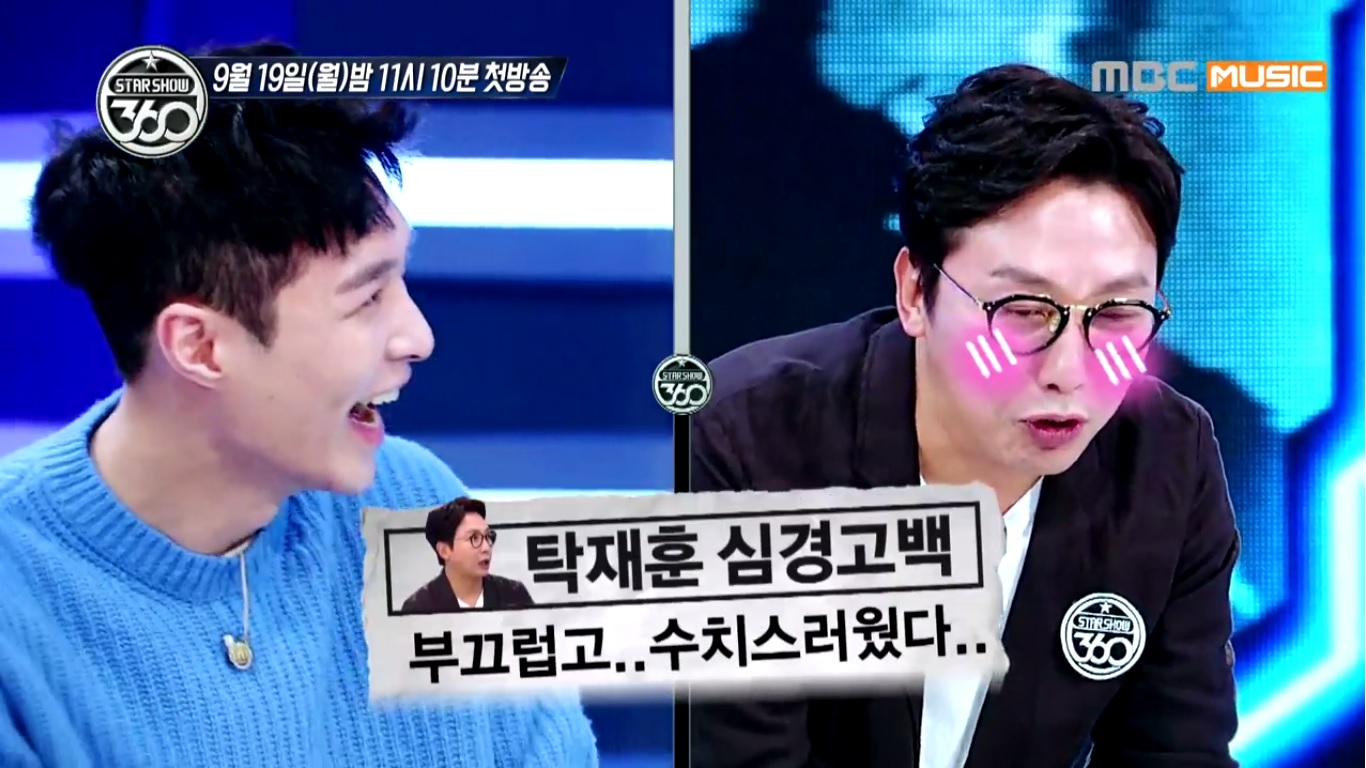 On the upcoming premiere of “Star Show 360,” Tak Jae Hoon’s behind gets touched by Lay.

Lay innocently explains, “I do it to tease the people I like.” 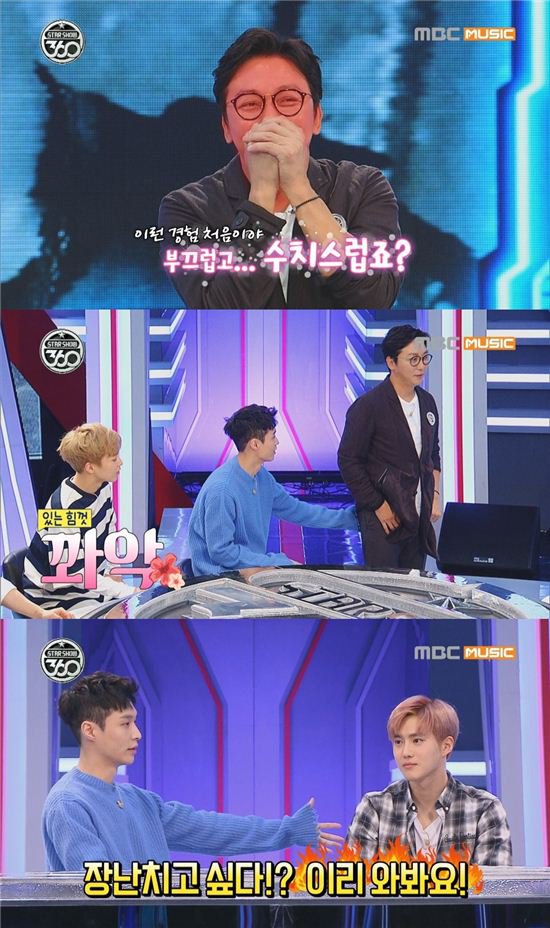 He then asks Tak Jae Hoon to come over, and proceeds to touch his butt. Flustered, the MC’s face flushes, and the studio fills with laughter when he exclaims, “I feel shy and embarrassed.”