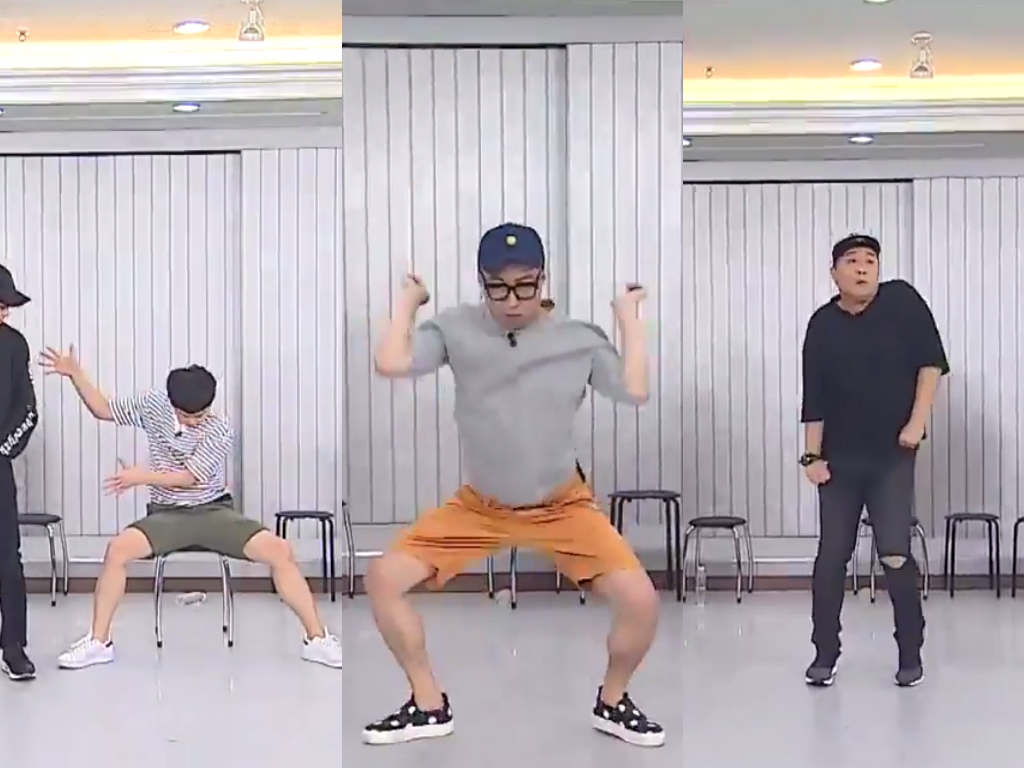 What if you could dance with EXO?

On September 17, “Infinite Challenge” took a look at how hard Yoo Jae Suk and EXO worked for about a month in order to put on a stellar performance of their collaborative track, “Dancing King.”

About two weeks into their practice, they meet with the rest of the “Infinite Challenge” cast members to show off how far they’ve come along.

Afterwards, Yoo Jae Suk suggests that each cast member dance with EXO, explaining, “When will we get another chance like this?”

In the end, Jung Joon Ha starts off and puts forth his best moves as he tries to follow the choreography of “Dancing King.”

Before his turn, Park Myung Soo jokes ,”You can experience this if you go to the MBC New Building in Sangam-dong. The people there aren’t touchable.” Following his thought process, Yoo Jae Suk jumps in and adds, “It’s a virtual reality experience. The EXO members aren’t really here.”

HaHa, ZE:A’s Kwanghee, and Yang Se Hyung all exhibit their dance skills as well as they dance as the “center” of EXO.

Watch the hilarious scene below!

EXO
Infinite Challenge
How does this article make you feel?