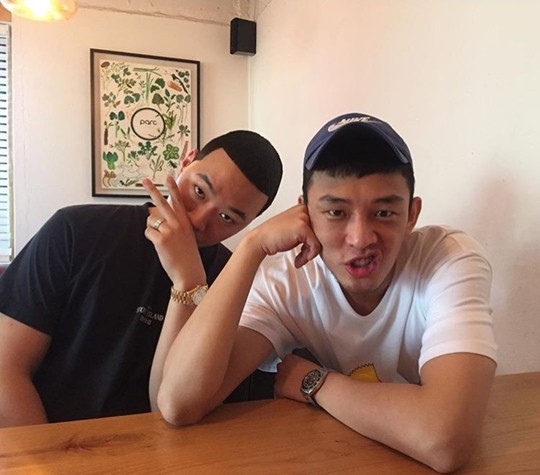 On September 17, Cha Hye Young of Studio Concrete shared a photo of the two artists on her Instagram.

In the image, Yoo Ah In and BewhY are sitting in a cafe with similarly sleek haircuts. Yoo Ah In looks casual and relaxed as he poses with a goofy expression, while BewhY shyly covers his mouth with a peace sign and leans toward the actor.

Yoo Ah In has long been an outspoken fan of the rapper since “Show Me the Money 5,” the show that shot BewhY to fame. During one episode, Yoo Ah In personally commended BewhY’s performance and even shared a screenshot of his text vote for him with the caption, “#nextlevel.”

BewhY
Yoo Ah In
How does this article make you feel?