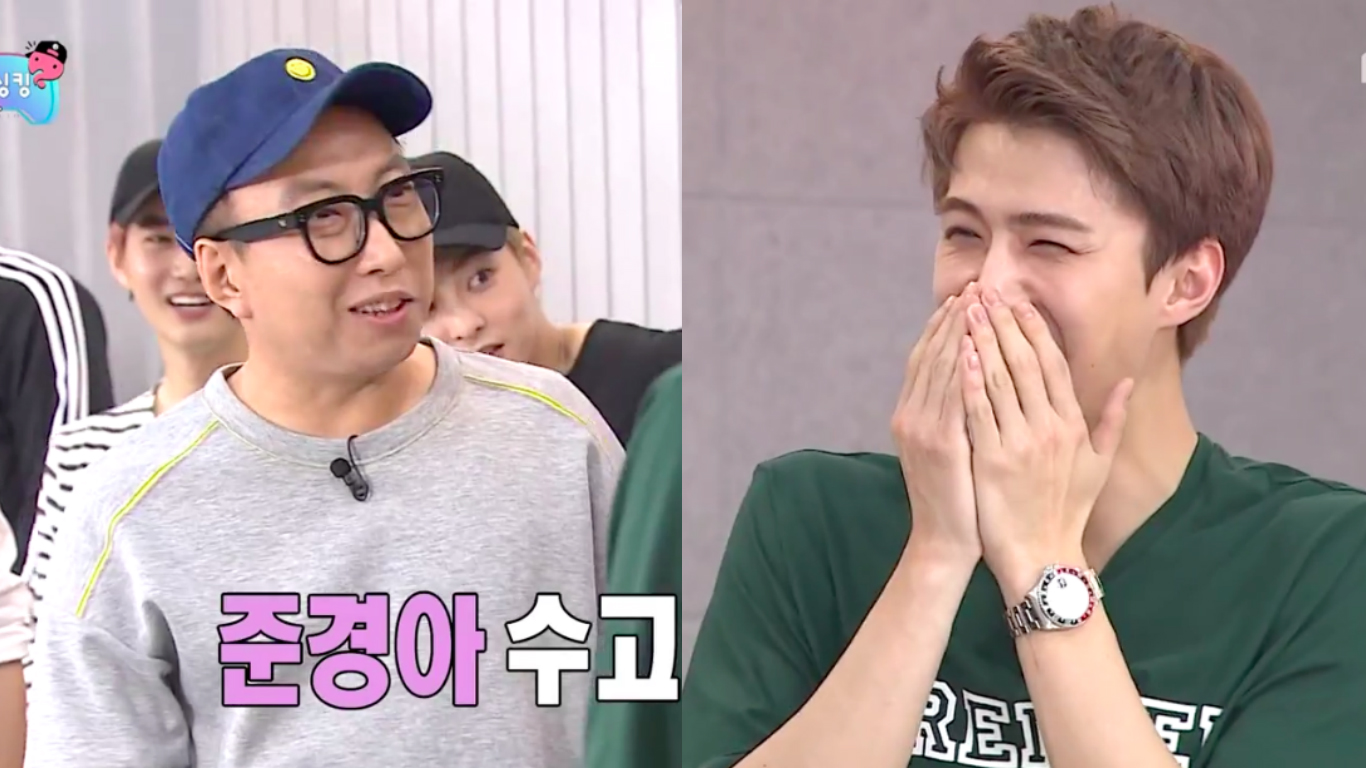 Park Myung Soo’s name for EXO member Sehun was so funny and random that it was trending worldwide on Twitter!

On September 17’s episode of “Infinite Challenge,” the cast members meet up with the guys of EXO during EXO’s rehearsals with Yoo Jae Suk for their performance of “Dancing King” at a concert in Bangkok. When they first meet, Yoo Jae Suk laughs at Park Myung Soo for smiling and greeting Chanyeol by saying “Good to see you, Chanyeol!” and yelling Suho’s name happily, but just saying to the rest of the guys “Good to see you!” without their names.

At the end of their recording together, Kwanghee suggests to Park Myung Soo, “Since we’re wrapping up, say each of the members’ names!” Park Myung Soo says that he’ll look them up on the Internet, but Yoo Jae Suk tells him to shake each of their hands and say their names.

Park Myung Soo then goes down the line of the guys, telling each of them that they worked hard today. He of course gets Chanyeol and Suho’s names right, but then cracks everyone up by pausing when he gets to Xiumin and saying, “Minkyung?”. 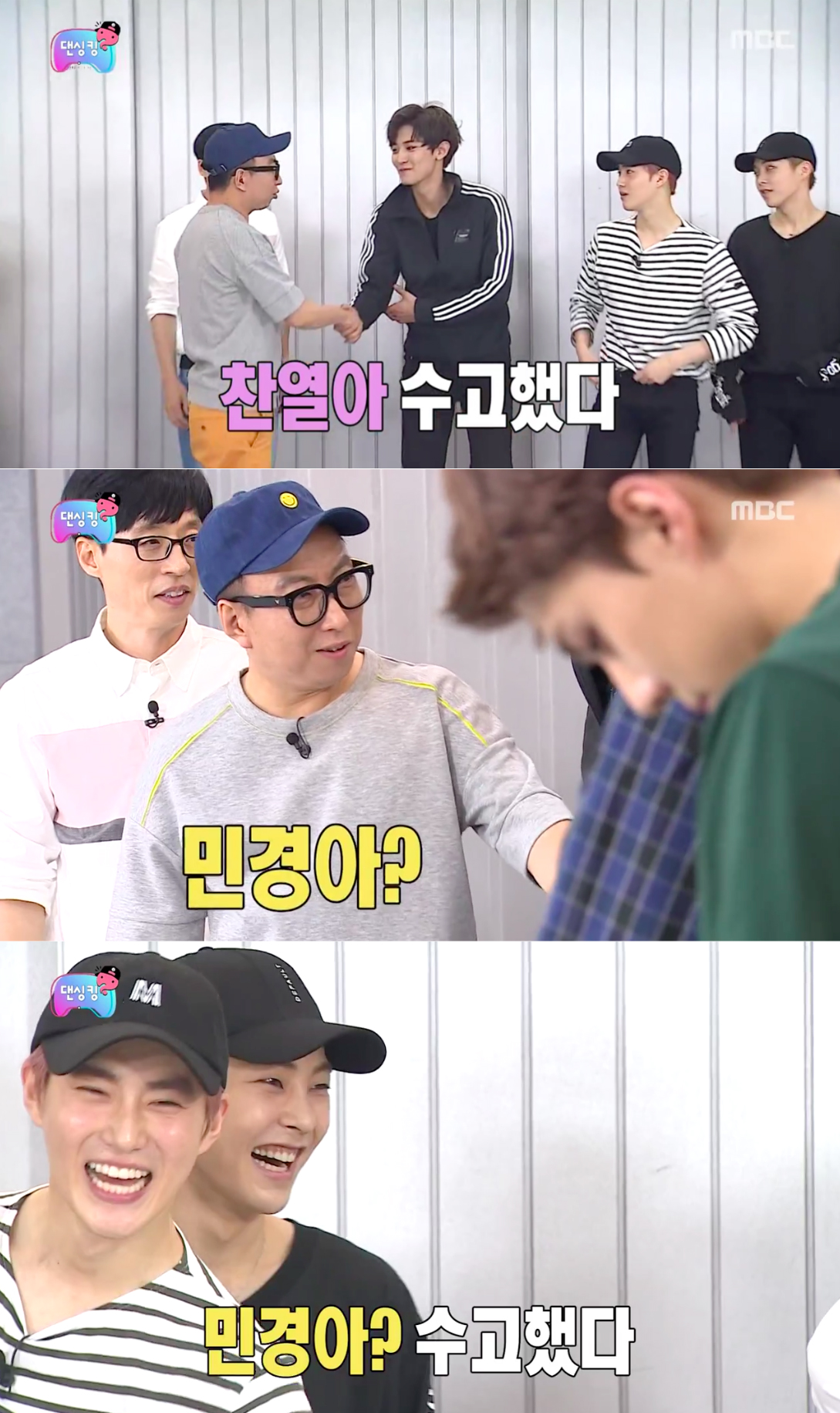 He then continues making up names for the guys. D.O is “Kyungho,” Lay is “Sangdoo,” and Baekhyun becomes “Joonkyung.” He remembers Kai’s name, but when he gets to Sehun, he says “Willis, you worked hard,” before running out of the room in embarrassment as everyone laughs. 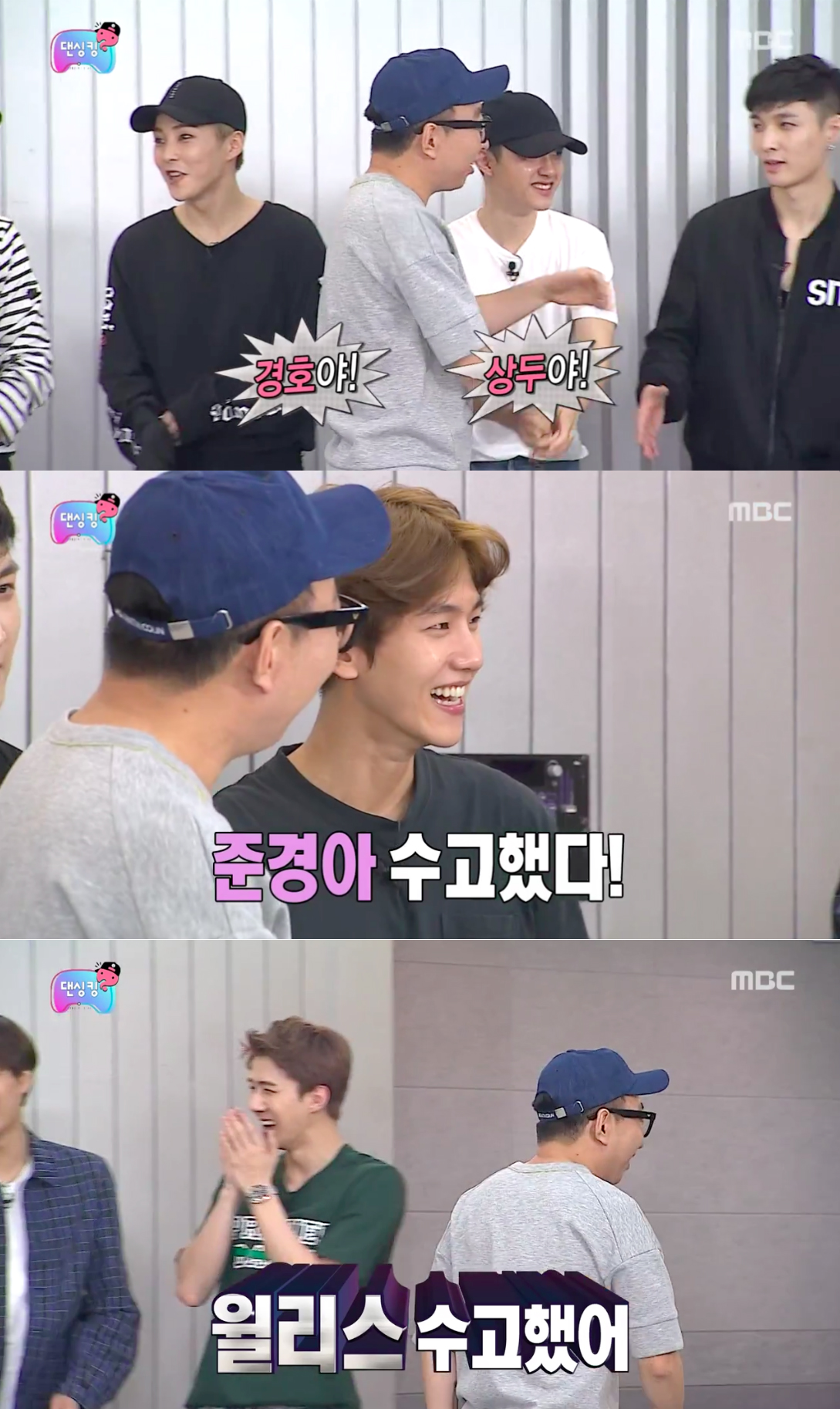 After the show, so many people were laughing about “Willis” (“윌리스” in Korean) on Twitter that it was in third place for the top trending topics worldwide at 11:35 p.m. KST, and first place in Korea!

“Do Kyung Soo” and “Dancing King” were also trending in Korea at the time, with the former trending because Yoo Jae Suk kept addressing D.O by using his full real name. 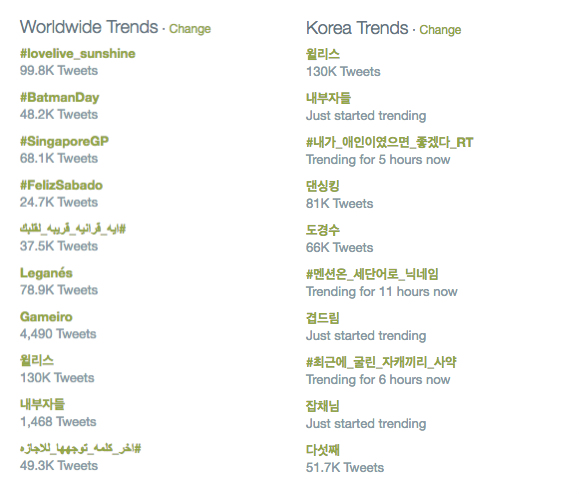 Watch EXO in the full episode of “Infinite Challenge” below!