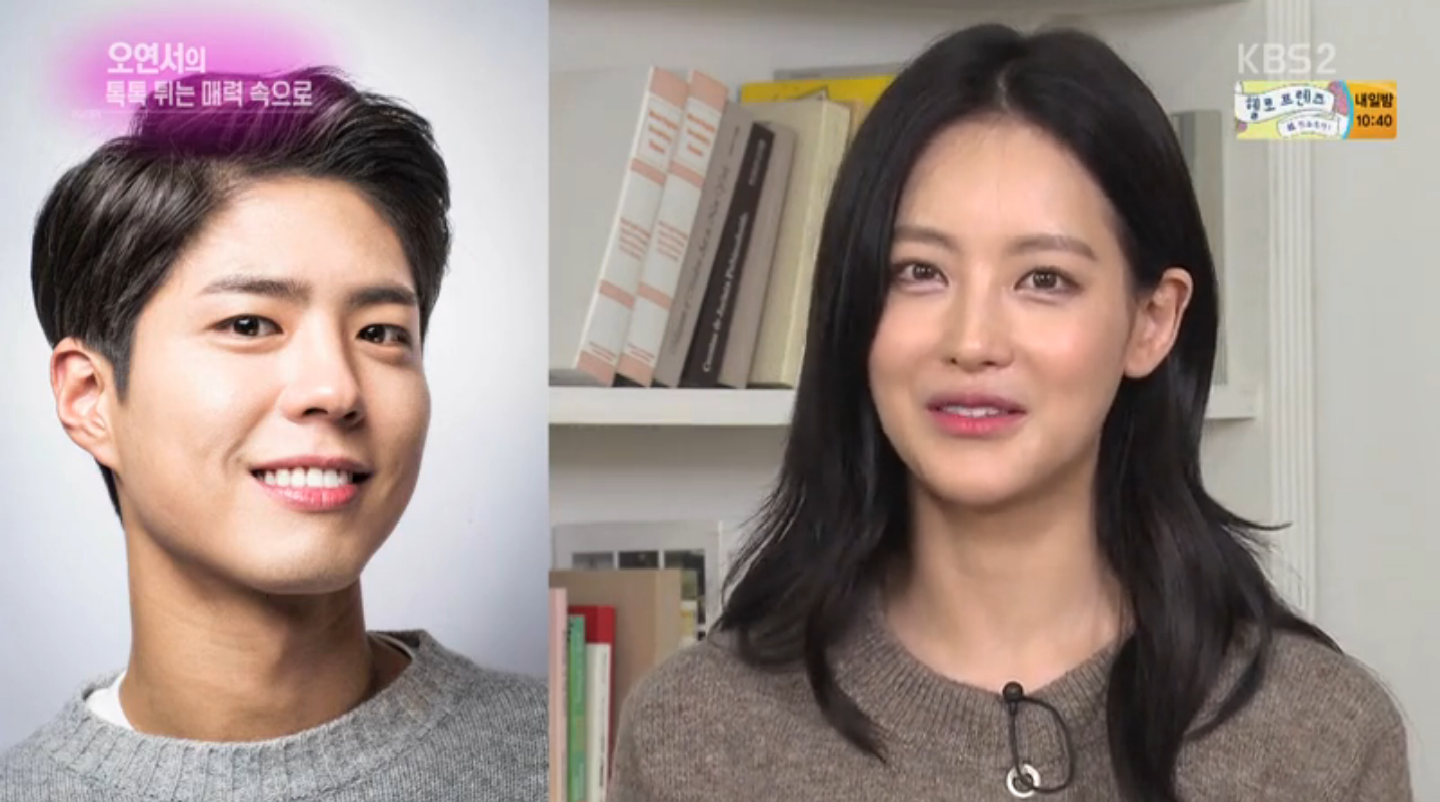 On September 17’s episode of “Entertainment Weekly,” actress Oh Yeon Seo sits down for an interview!

The reporter asks Oh Yeon Seo about how she’d like to meet a future boyfriend. She laughs as she admits that she wants to get on a train and meet a cool guy who happens to be sitting in the seat next to her, and maybe they meet after one of them spills coffee.

More seriously, she then replies, “I like guys who I can have a good conversation with. I used to look a lot at appearance, but now I look at a guy’s personality first.”

When asked if she likes bad boys or gentlemen, she replies with a laugh, “Half and half. I want a guy who’s a bad guy to other women, but good to me! That’d be perfect.” 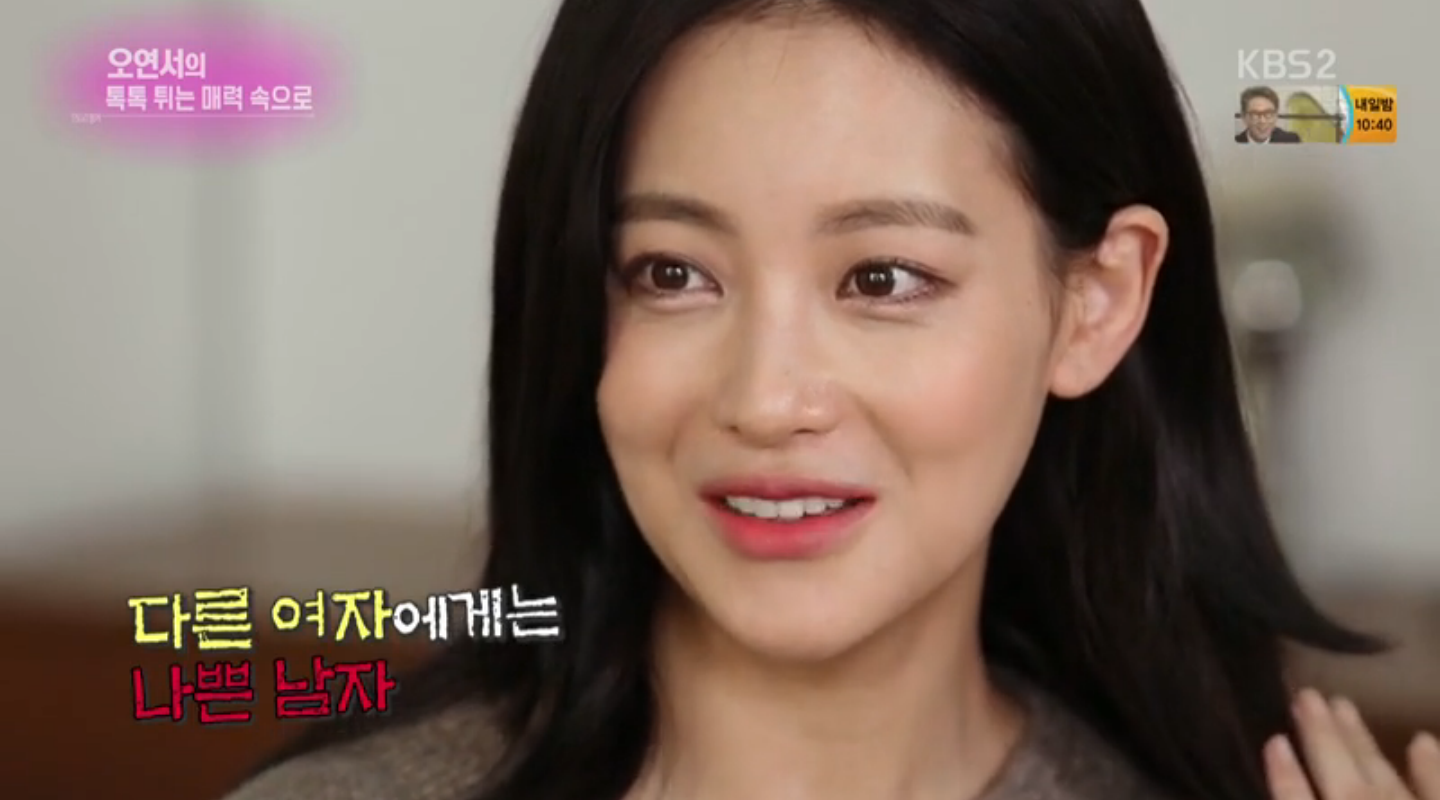 The reporter then has her pick between several male celebrities to determine her ideal type. He asks her in the first round to choose between Song Joong Ki and Park Bo Gum, and all she can do at first is giggle and say, “I don’t know! Both!”

She then chooses Park Bo Gum as she blushes, and starts to fan herself with her hand. 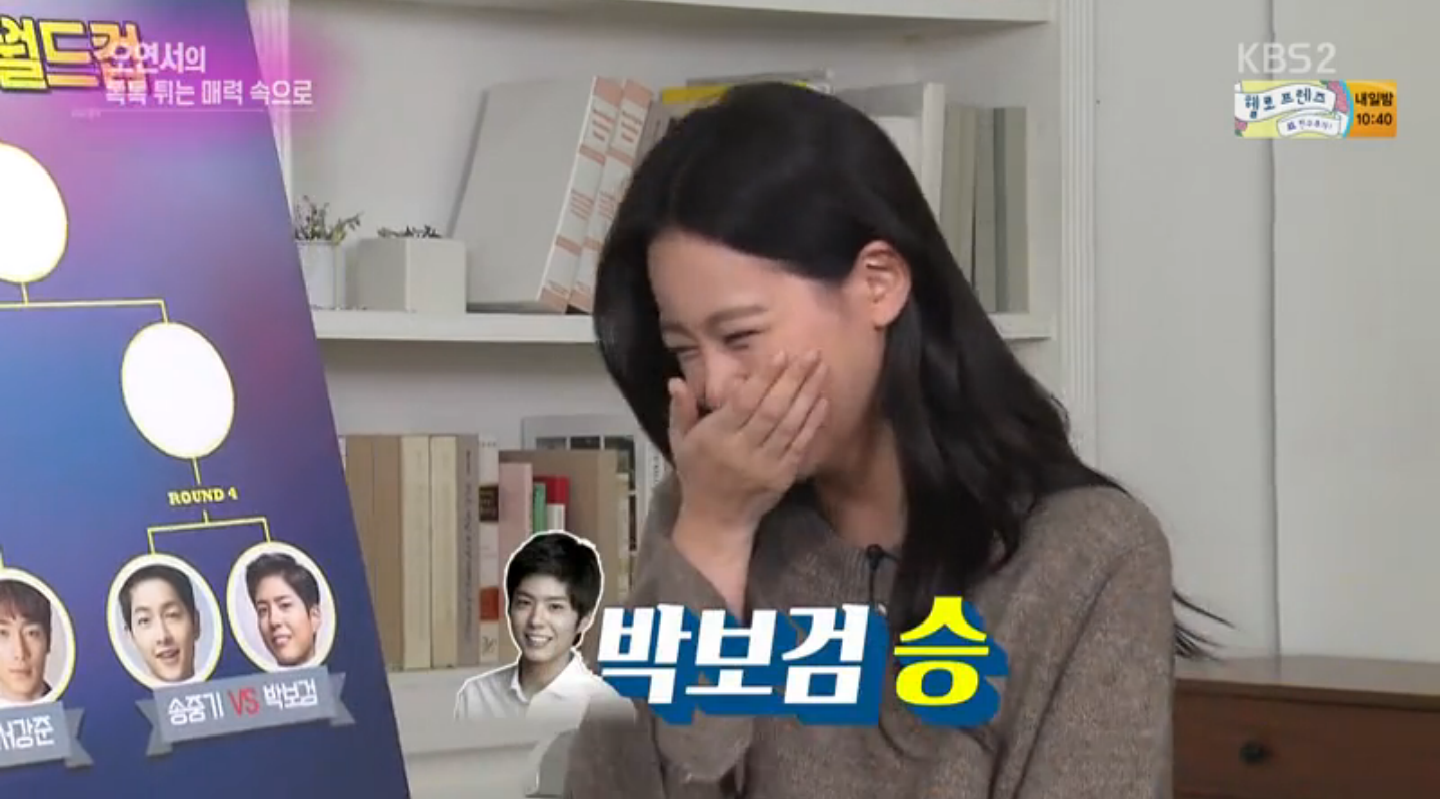 Seeing how much she seems to like him, the reporter asks her to send a video message to Park Bo Gum. She turns to the camera and says, “I’ve been enjoying your drama lately! If we have the opportunity at some point, I’d like to act together with you. Fighting!”

In the end, Oh Yeon Seo picks Jung Woo Sung as her ideal type. In a video message to Jung Woo Sung, she says she’s been treasuring the photo they took together when they met an event. “I hope we can meet next time through a good project,” she says with a smile and makes a heart with her fingers. 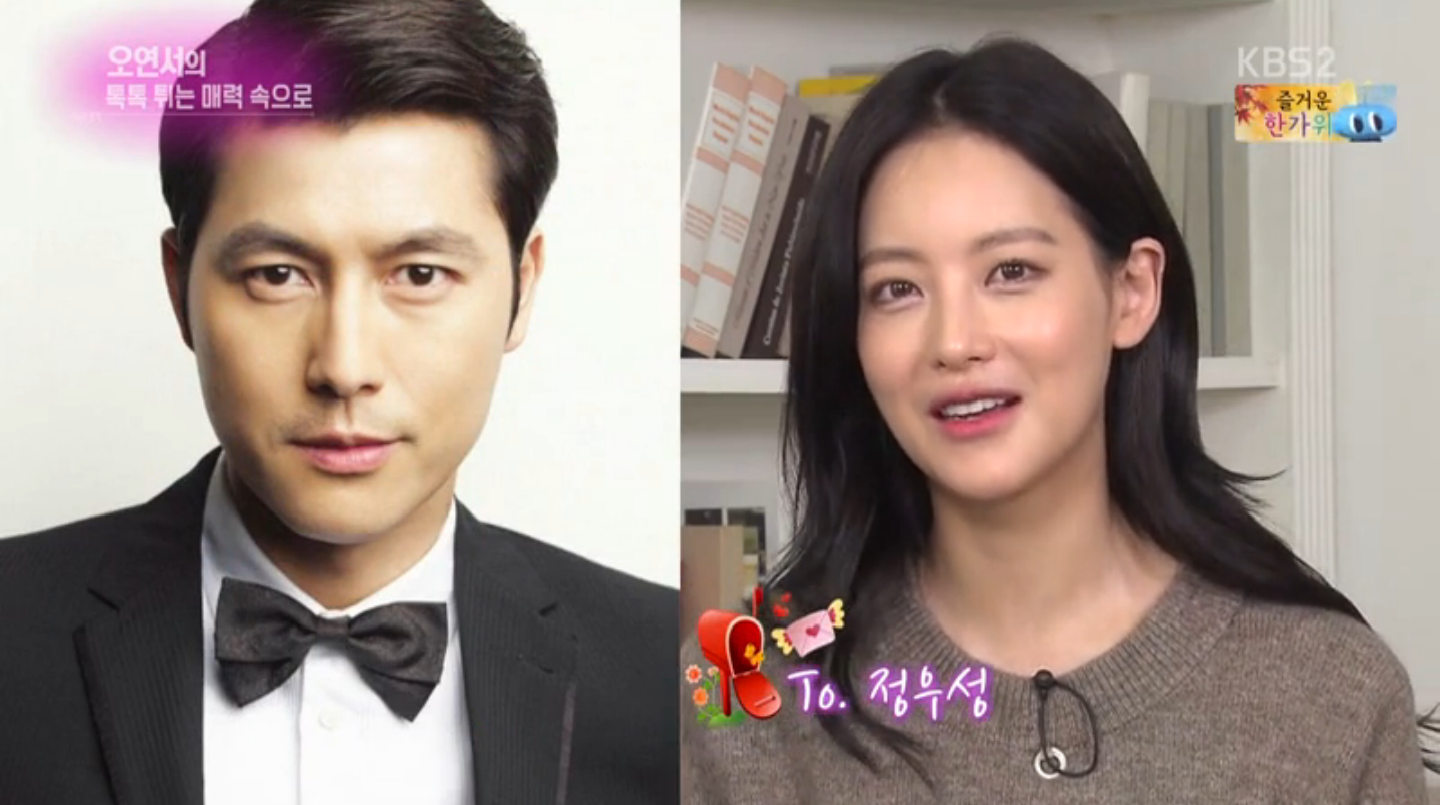 It was recently announced that Oh Yeon Seo will be starring as Hong Seol opposite Park Hae Jin in the film adaptation of the webtoon “Cheese in the Trap.” Watch more of her on this week’s episode of “Entertainment Weekly”!