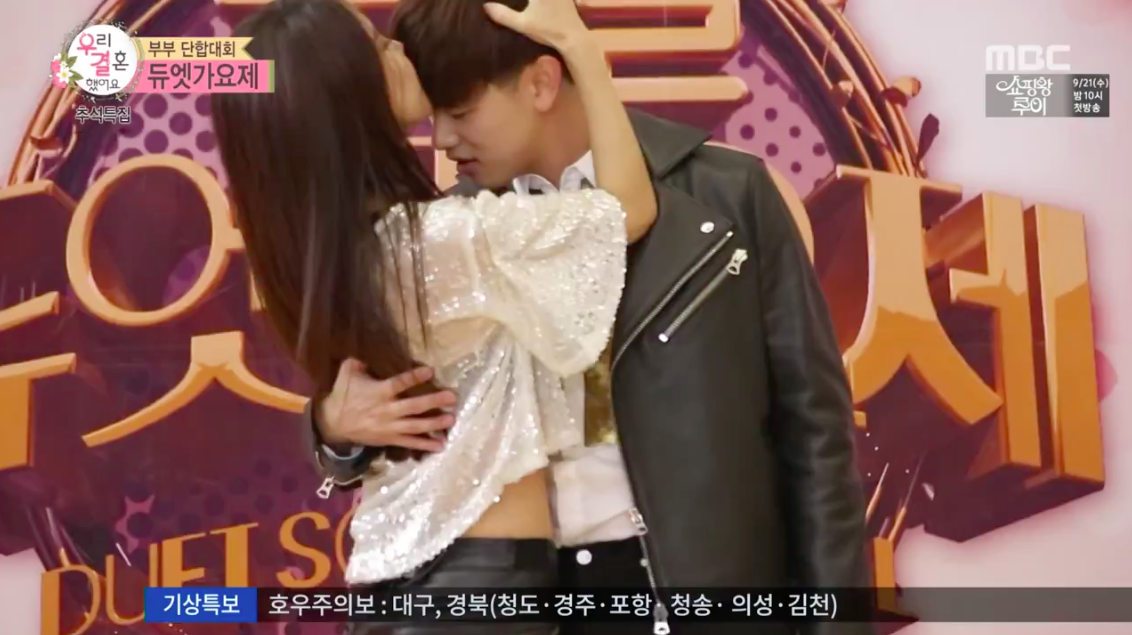 Watch: Solar And Eric Nam Wow Everyone With Their Steamy Duet On “We Got Married”

On September 17’s episode of “We Got Married,” the couples continue their Chuseok special competition by each performing a duet, which is judged by “Duet Song Festival” hosts Sung Si Kyung and Baek Ji Young.

Eric Nam and MAMAMOO’s Solar are the last couple to take the stage, and they admit that they’re very nervous. They explain that part of the reason they’re so nervous is that they’re singing one of the judge’s songs, which turns out to be Baek Ji Young’s duet with 2PM’s Taecyeon, “My Ear’s Candy.”

The pair don matching heart-shaped sunglasses for the beginning of the performance, but soon take them off as they get into character. They wow everyone with their performance and surprise them with just how close they get, and end the show with Solar giving Eric Nam a kiss on the forehead. 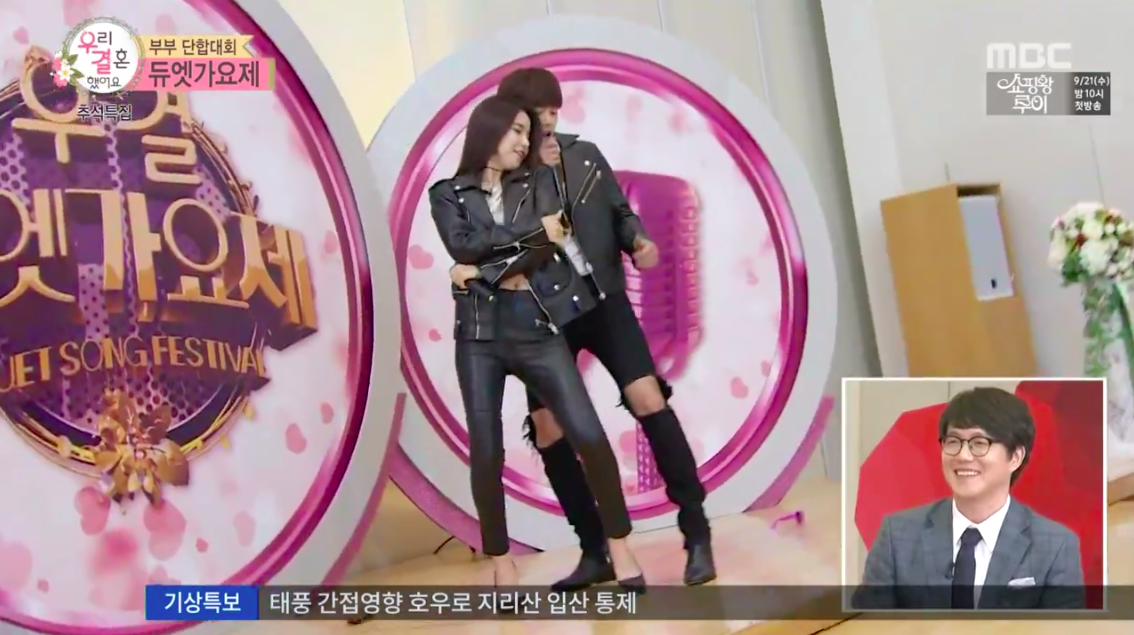 “The most impressive thing for me was that you both seemed like wild animals that wanted each other,” jokes Sung Si Kyung. “When I saw the way you looked at each other, I thought you seemed like true professionals.”

Eric Nam and Solar end up winning the round as they received scores of 98 from both the judges!

Watch their performance in the video below.

Eric Nam
Solar
Baek Ji Young
Sung Si Kyung
We Got Married
How does this article make you feel?