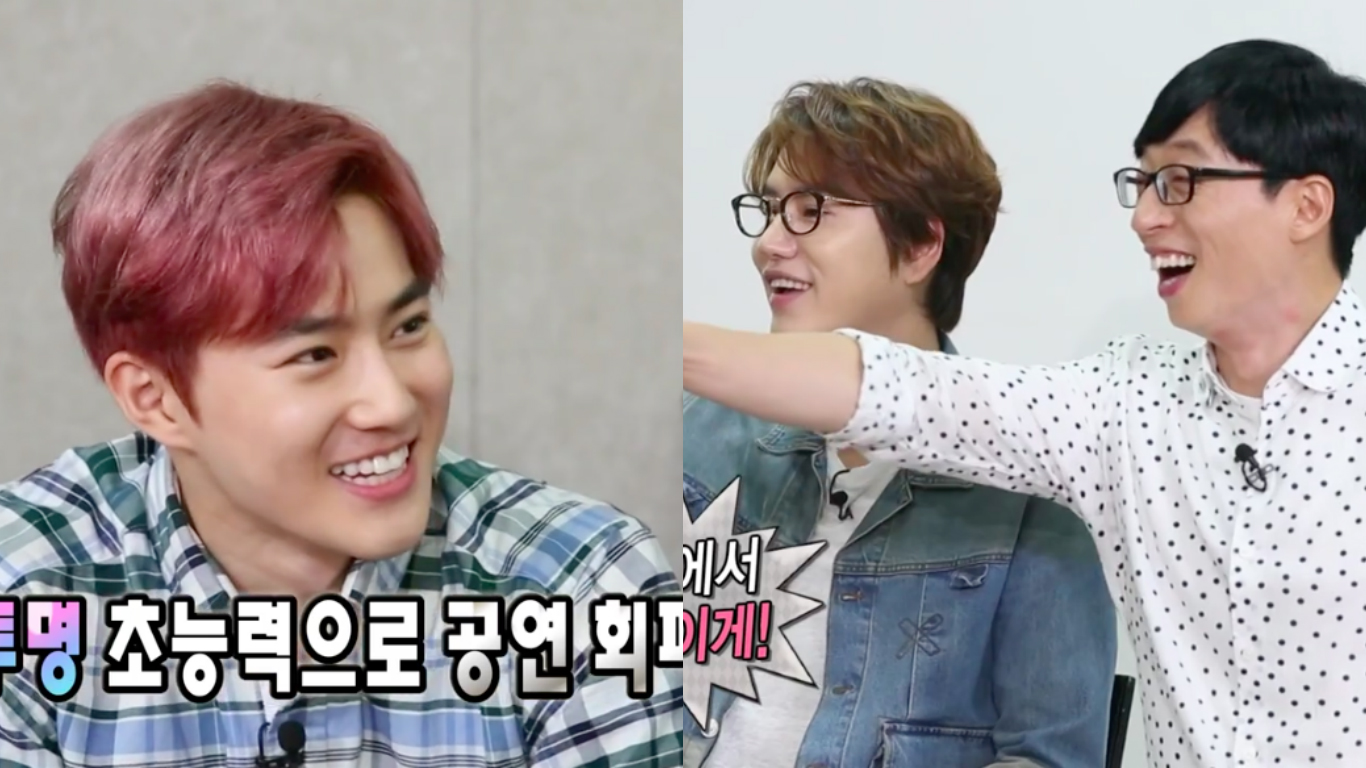 When Yoo Jae Suk recently joined EXO to perform with them on stage at a concert, he also was granted a super power as the new maknae of the group!

September 17’s episode of “Infinite Challenge” follows Yoo Jae Suk and EXO over a month as they prepare for their performance of “Dancing King” at EXO’s concert in Bangkok. At their first meeting before they begin rehearsing, EXO’s label mate Kyuhyun of Super Junior shows up as a special MC for their chat, or as he describes it, EXO’s “guardian.”

As the group is talking, Yoo Jae Suk points out one of the show’s producing directors, who is a huge fan of EXO. He has her introduce the group, and she impresses the guys by listing off all of their famous individual “super powers.”

Chanyeol says to Yoo Jae Suk, “If you become a member, you’ll need a super power too.” 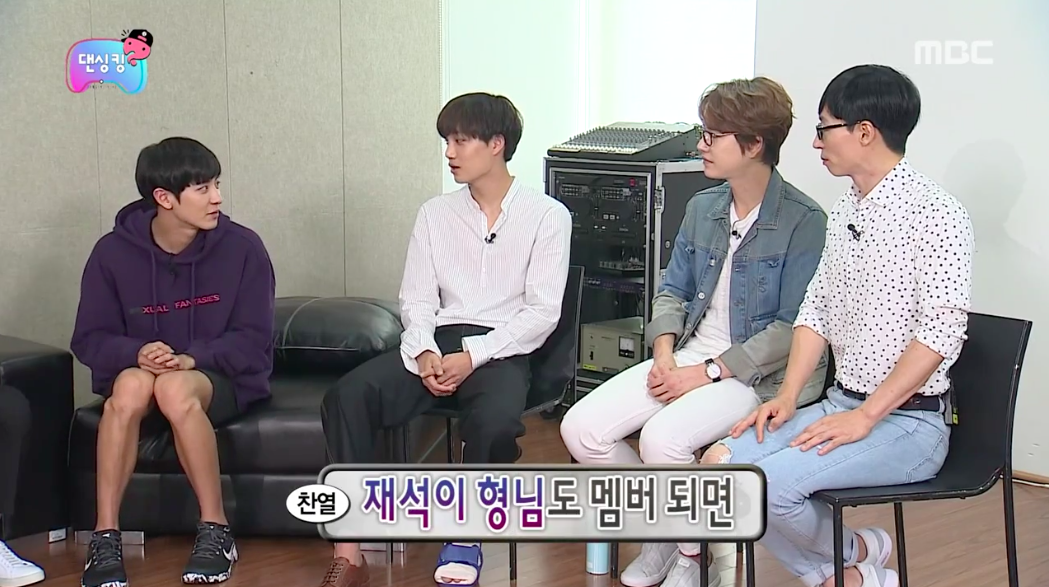 Suho suggests that Yoo Jae Suk’s super power be “invisibility.” Yoo Jae Suk laughs and claps, and Kyuhyun says, “So that he won’t be seen on stage!” 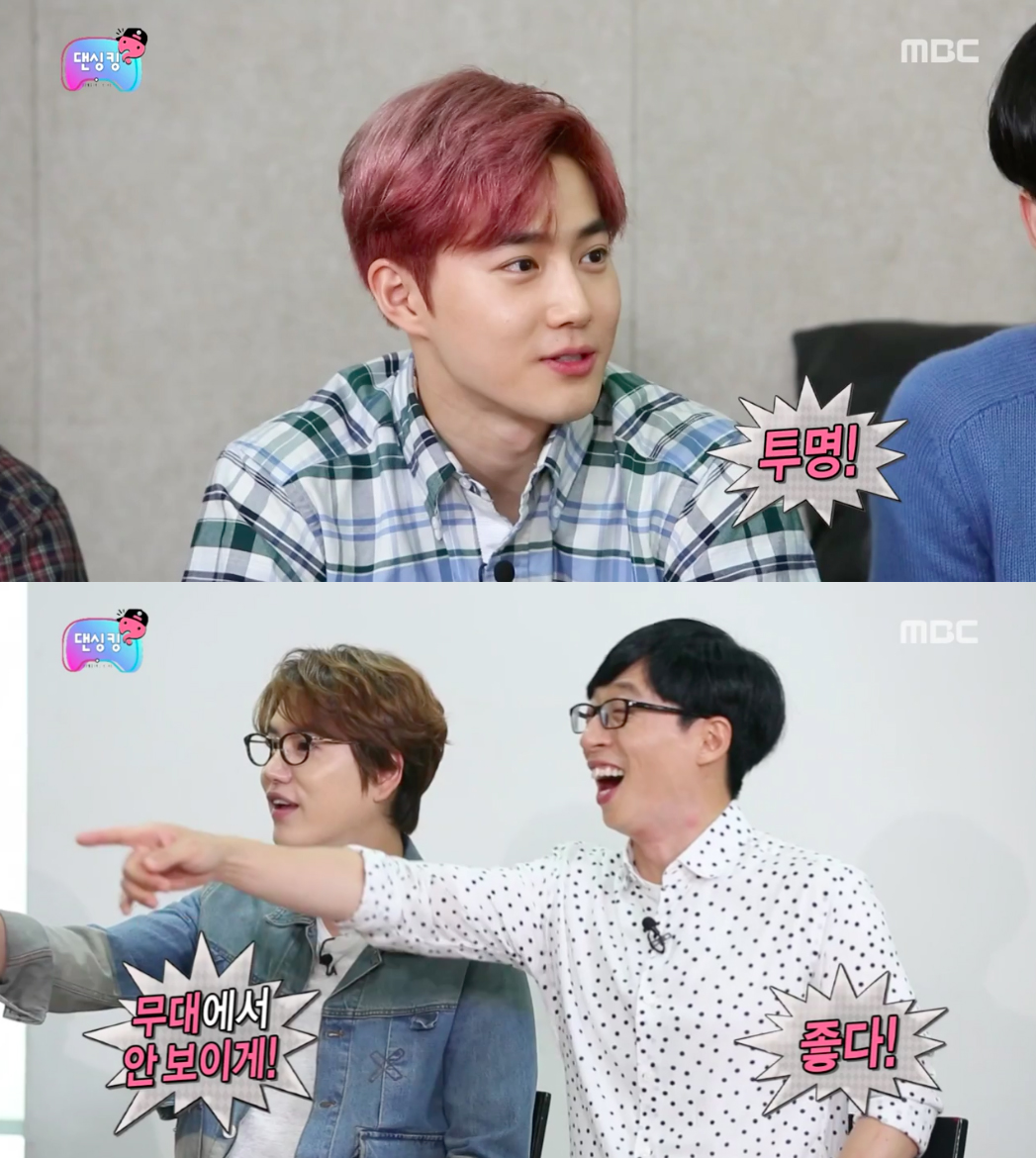 Yoo Jae Suk asks Kyuhyun, “What if really I went up on stage and no one could seen me?” Kyuhyun replies with a laugh, “It’d be easier for these guys.” 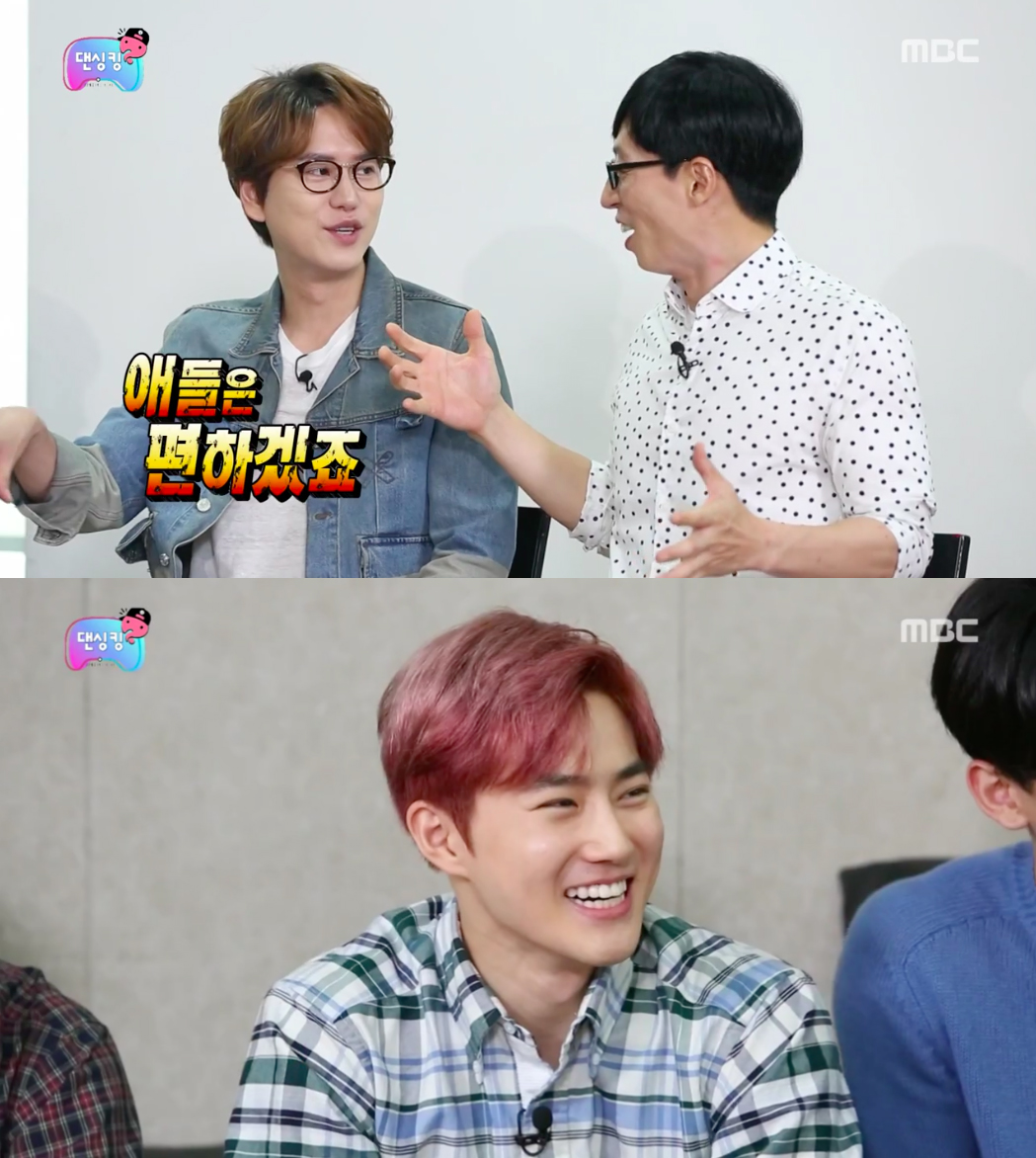 Watch the full episode of “Infinite Challenge” featuring EXO below!