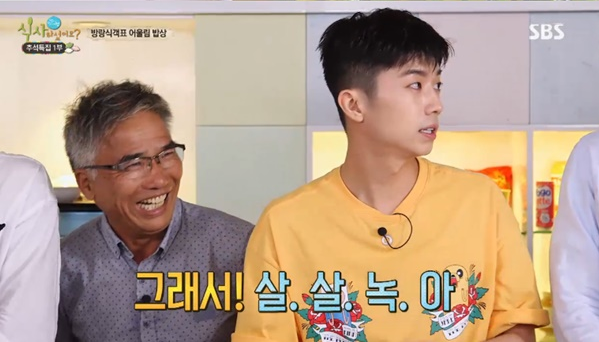 2PM’s Nichkhun and Wooyoung recently traveled to Abu Dhabi to film the variety show “Have You Eaten?”

In the episode, which aired on September 17 as a Chuseok special, Wooyoung became the chef’s assistant to Im Ji Ho. Working together with the locals, Im Ji Ho and Wooyoung made a dish called steamed pomfret (also known as harvest fish or butterfish). 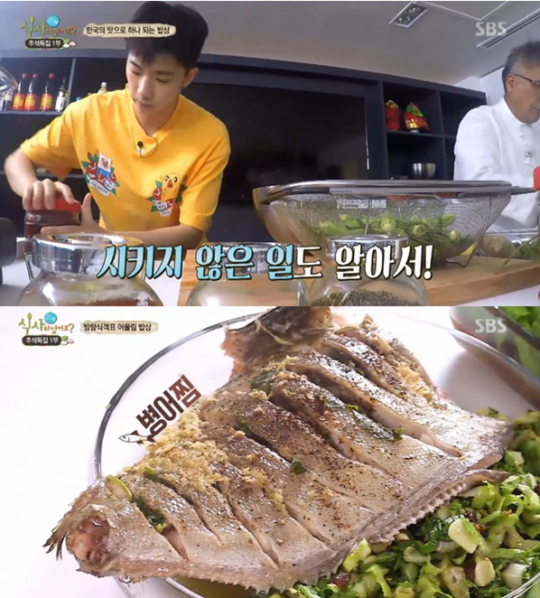 Wooyoung revealed that he has enormous respect for Im Ji Ho and said, “I’ve always wanted to learn cooking from you.” As the chef’s assistant, he peeled garlic, prepared the cooking tools, and helped prepare a milkfish dish to go along with the pomfret. In thanks for his help, Im Ji Ho gave Wooyoung first taste of the final product and invited him to name the dish.

However, Wooyoung’s names for the food were very simple, calling the pomfret “Melting” because it melted in his mouth and the milkfish “Sweet-and-Sour” because of its flavor.

Have You Eaten
2PM
Wooyoung
How does this article make you feel?