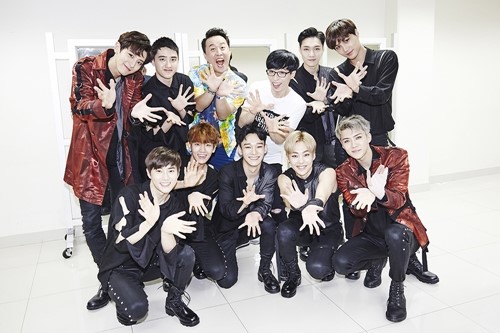 The song was released on September 17 and as of September 18, 11 a.m. KST had risen to No. 1 on Genie, Naver Music, Olleh Music, Mnet Music, Soribada, Bugs, and Monkey3.

The song is the 32nd track to be released through SM’s digital single project (SM STATION) and is the result of a collaboration between “Infinite Challenge” and the idol group.

“Dancing King” is an exciting dance track with a samba rhythm and lyrics about forgetting the difficulties of ordinary life and having fun. The performance was revealed at EXO’s concert in Thailand on September 11, as well as the September 17 episode of “Infinite Challenge.”

You can find the music video and the episode here.

EXO
Yoo Jae Suk
How does this article make you feel?