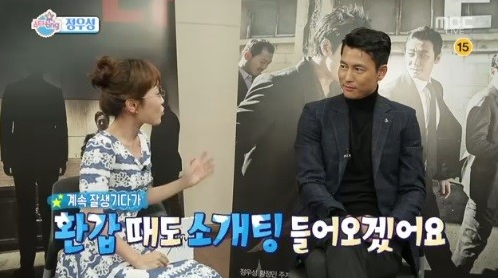 Jung Woo Sung appeared on the September 18 broadcast of MBC’s “Section TV,” where he vowed to be married before 60 and revealed his struggles with being too tall in school.

Park Seul Gi first asked, “Since when were you so good looking?” to which Jung Woo Sung said, obviously, “Since I was born.”

Park Seul Gi then said that if he keeps aging as he is right now, he’ll probably get blind date requests until he’s 60. Jung Woo Sung responded, “When I’m 60? I’ll have to get married by then, don’t you think? Do you think I’d really be sitting there on blind dates when I’m 60?”

Jung Woo Sung (186 centimeters tall) also spoke about his struggles in school because of his height. He said, “I was 180 centimeters (5 feet, 11 inches) in elementary school (through about age 12). I was so tall I’d always get the last numbers for everything and I’d always have to sit in the back. I hated being so tall, so I always slouched. When I first said I wanted to act, people said, ‘You can’t because you’re too tall,’ and ‘You’re just going to disappear eventually.’” 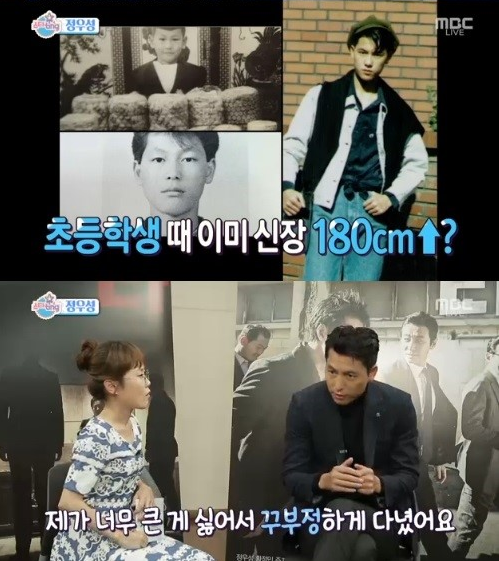 Jung Woo Sung
Section TV
How does this article make you feel?