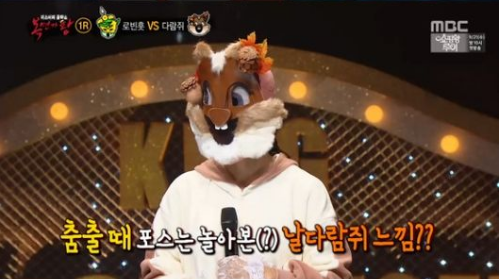 On the September 18 broadcast of “King of Masked Singer,” the singer Squirrel was revealed to be none other than actress Kim So Yeon.

After her duet performance with Robin Hood, panel member Jo Jang Hyuk commented, “Squirrel isn’t a singer. It’s not common to see a singer who holds the mic with two hands. But her voice and delivery was the best. The more I heard, the more I became curious as to who she was.”

In a battle of talents, Squirrel danced to GFRIEND’s “Rough,” while Robin Hood danced to Girls’ Generation’s “Hoot.”

After the singers’ second performances, it was revealed that Robin Hood would be moving on to the next round, after which Squirrel revealed her identity. 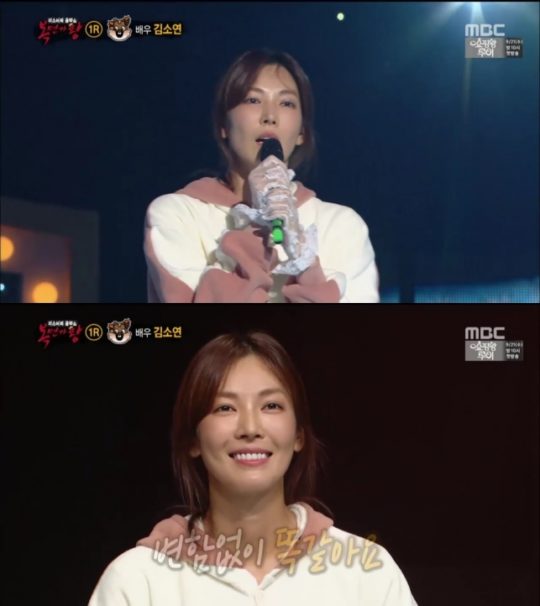 After removing her mask, Kim So Yeon explained why she came on the show: “I’m an avid viewer of ‘King of Masked Singer,’ so I called saying I’d like to appear on the show.” She said, “I wasn’t able to do even a quarter of what my teacher taught me.”

Earlier this month, Kim So Yeon was revealed to be dating Lee Sang Woo, her co-star from the MBC weekend drama “Happy Home.”

Kim So Yeon
The King of Mask Singer
How does this article make you feel?