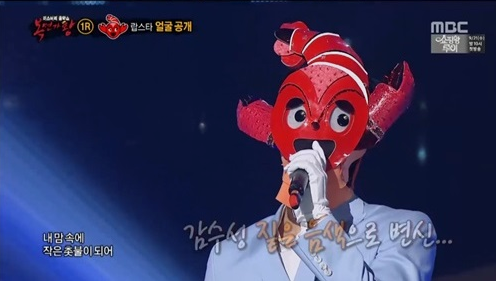 On the September 18 episode of “King of Masked Singer,” a new batch of contestants began the first round to see who would challenge “Eheradio” for their fourth consecutive crown.

The first pair to face off in Round 1 was “I’m a Star, Lobster” and “Noryangjin Mermaid.” They sang “Warning” by Tashannie and “Mermaid” impressed with her powerful rapping.

Kim Gura guessed that “Lobster” might be an actor that appears frequently on morning dramas as a villain. Yoon Hae Young said, “Lobster is a true star. Both Mermaid and Lobster have husky, appealing voices that remind you of the sea.”

Mermaid won the first round by 58 votes to 41 and singing Jo Ha Moon’s “This Night Once Again,” Lobster was revealed to be B1A4’s CNU! 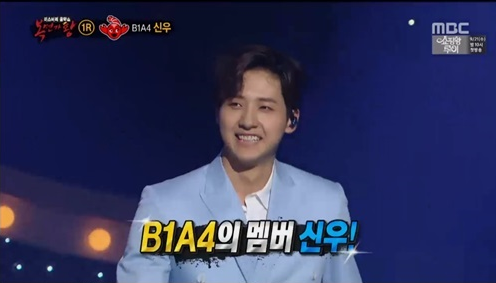 B1A4
CNU
The King of Mask Singer
How does this article make you feel?