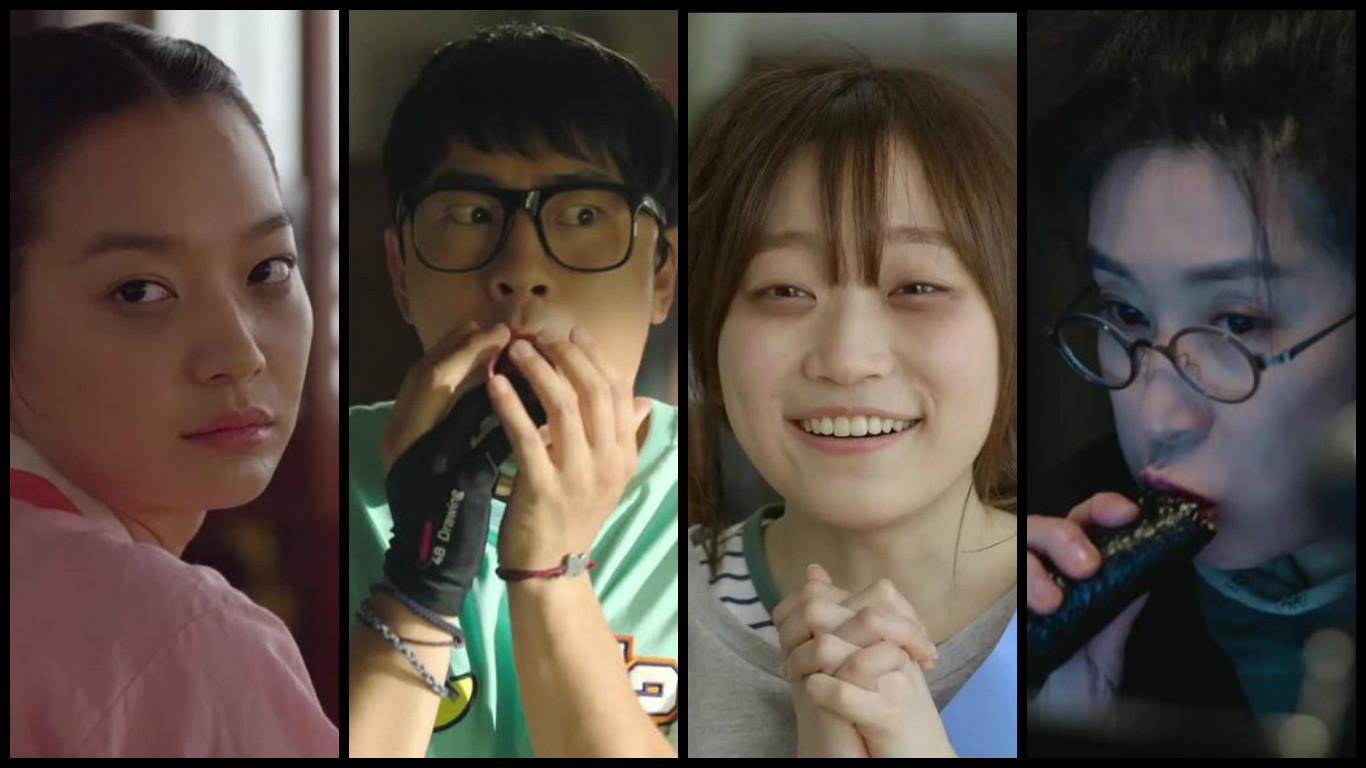 K-drama may be one of the most dangerous addictions that a person can form in a lifetime. It starts innocently enough. You begin with your first taste, perhaps an episode of “You’re Beautiful,” “Playful Kiss,” or “Boys Over Flowers.” You curiously sit down for an episode, which somehow turns into two or three. The Internet becomes your friend as you get to know the characters and the actors. And then… it all spirals out of control. Welcome to the world of K-drama Addiction. Here are ten clear signs that you are an addict. A cure has not yet been found.

For the next few days (until October 15), you will be able to get one month free off two months (33% off) of Viki Pass, so be sure to tune in by using our LIMITED EDITION coupon code SOOMPIMONTHFREE: 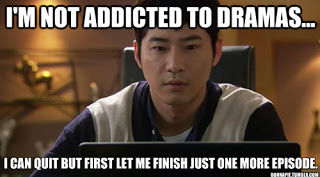 If you didn’t know what marathoning was, you sure do now. The nature of the K-drama makes marathoning a crutch to the K-drama addict, both the novice and the expert. Unlike the serial season formatting of many popular English-language shows, K-drama (normally) keeps it short and sweet, giving the drama addict ample time to gobble down an entire show in a week, or even in days. With that said, drama addicts quickly learn how to best feed their addiction: Gather up snacks, drinks, sometimes a fellow addict or two, and watch episode after episode, battling the lure of the cliffhanger in each episode and failing.

Marathoning leads to a phenomenon known as sleep loss. This happens when you watches most of a Korean drama in one night and still have to get up for school or work. This phenomenon keeps reoccurring despite the side effects of sleepiness, crabbiness, and the desperate desire to finish out the drama. You make endless promises to yourself that you’ll “only watch until the end of this episode.” In the end, you glance at the clock at 5 A.M. after finishing five episodes because how can you stop when Ji Chang Wook is fighting like a BAMF, winning over a legit awesome heroine, and discovering the secrets of his past in “Healer.” Answer: You can’t. And you don’t. To avoid Ji Chang Wook is silliness.

If we’re lucky, we watch drama while on our sofas, or stream Viki on our phones while lounging in bed. But on occasion, the thirst for watching our characters drink soju together strikes in the most inopportune places, so we must get creative. We stream via tablet on the treadmill at the gym. During lunch break at work, we take a bite of a half-hour of Han Hyo Joo being ridiculously cute. We courteously turn down social invitations to spend time with real people in order to hang out with Park So Dam and the Kang cousins instead. Maybe, in a public setting, you’ve run into the bathroom to finish the end of the episode that you didn’t get a chance to complete. Alternative drama watching is all the rage amongst K-drama addicts!

The waiting period between episodes can be nearly deadly. A week is a long time for a drama addict, and in the interim, we must do something. We lurk on Soompi for news about filming, the cast, BTS footage, and more. We learn about where our faves are now and what they’re doing. Anything related to our interests is up for consumption, and boy is it delicious. The danger of news hunting is that you can start with researching one actor, and end up having read the life stories of 25 costars by the time you are through. All of this research arms you with more dramas because you’ve seen the lists of dramas that these people have been in and, well, you’re going to have to watch them. For the sake of research.

After all the research you’ve gathered, you start to become an Internet expert. Even if you don’t know Korean, you somehow figure out how to search Korean sites like Daum, Naver, Yonhap News, and more, for the juicy morsels you need in order to sustain your life. If you’re seriously hardcore, you’ve learned hangeul and installed a Korean keyboard on your computer for speedier research. You know the nooks and crannies of Soompi and Viki, you know the forums, and you probably moderate a few for your favorite actors or shows. Your typing speed has gone from 40 wpm to 140 wpm, and you can type Park Bo Gum‘s name in Korean faster than the speed of light.

Now that you’re an Internet expert and you’ve done massive amounts of daily research, you have begun to build a mental encyclopedia. What year was Song Joong Ki born? 1985! And guess what, his bestie Lee Kwang Soo was too! You know these bits of trivia and more from memory. You can name every drama and film your faves have been in, their costars, and the commercials airing at the time the drama was airing, all without looking up the information. As your actor and drama arsenal becomes fuller, you start to remember PDs and writers. It’s never-ending. K-drama is very educational. We’re always learning!

It’s not enough to see our faves on the computer, television, or phone screens. They need to be on our walls, in our wallets, on our note books, and any other surface that we can decorate. Wall space becomes dedicated to drama posters. Shelf space is filled with photo books and dramas. Dedicated areas of our rooms and homes are filled with plushies, stuffed animals, albums, jewelry, light sticks, and more. Between watching episodes, we need to feast our eyes, right? 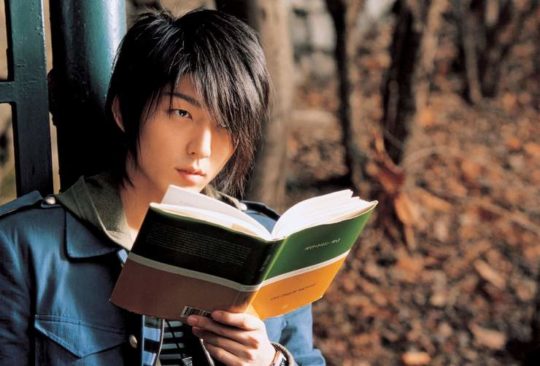 K-drama is a worldwide form of onscreen entertainment, which means that much of its audience is not Korean, nor do they speak Korean. For those of us who aren’t Korean, Korean drama has opened up an entire culture and history to us that is beautiful and exciting. We go out to try Korean food, learn to make kimchi jeon (kimchi pancakes) at home, learn basic Korean, and delve into its annals of history. K-drama has tied the world to Korea and Korea to the world – and K-drama watchers love it.

Sub hunting is one of the most dangerous K-drama activities. When a drama episode comes out, teams of Viki employees and volunteers swarm and gather in order to get the episode subbed not only in English, but in many other languages. There are 200 languages on Viki and needless to say, it’s a lot of work to get all that subbing done! Although we appreciate all of the work, the wait can be torturous. The percentages of completion slowly climb as we refresh our screens, watch the translation teams as they work diligently for our K-drama addiction, and wait for the moment when it hits 90%, because who can wait for 100%? If you’re language isn’t yet available, but you sort of speak French, well, you will watch it in French and then watch it again! This is a dangerous, time-guzzling activity, but it must be done in order to preserve our sanity. Thank you, Viki translation teams, for keeping us sane!

Sadly, there are times when we must focus on real life because the calling of our physical needs becomes too great. We must shower, eat, go to work, go to school. Work is so overwhelming that it leaves no time for Lee Min Ho. A 92-page term paper is due in three days and you can’t watch Gong Hyo Jin. During these times, we can only suffer and wait until drama-watching becomes feasible. On occasion withdrawal happens after finishing a drama and you feel empty inside, unmotivated to move. You try to think of what else you could be doing, but you just want to watch that ending again. This leads to looking up other dramas the actors have been in or the writer has written, and the cycle starts again.

What signs of K-drama addiction have you shown, Soompiers? Do you think there is a cure? We sure don’t and we don’t want one!

So there you have it! A K-drama for each day. Don’t forget to take advantage of this super special offer, and check out all these dramas on Viki with Viki Pass:

Soompi Spotlight
K-Drama
Soompi Discount
How does this article make you feel?