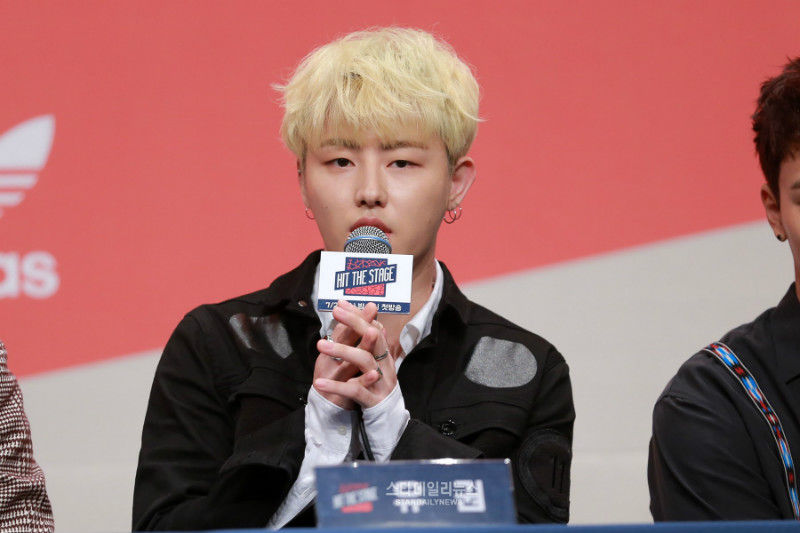 In an interview with Sports Donga, Block B’s U-Kwon explained why Block B has yet to make a comeback. The group’s last release was in April of this year, when they released their mini album “Blooming Period.”

U-Kwon said, “Block B is prepared to make a comeback anytime if we have good songs. We’re working hard.” Laughing, he said, “But Zico is really busy and he hasn’t had a chance to write much.”

When asked if Park Kyung, whose has a no. 1 hit, could write songs, he said, “Park Kyung’s songs aren’t bad. No matter who writes, if the song is good, we’ll prepare a comeback.”

He said Block B is not likely to take songs from writers outside the group, because they have talented writers like Zico and Park Kyung. He said, “Zico works really hard. Whenever there are new songs, he listens to all of them, and he doesn’t pick and choose genres. It’s to the point where I wonder how Zico could have written a song like ‘It Was Love’ (a solo song for Taeil).”

“I believe that all members of Block B should be active in the industry. But with timing, it’s a bit difficult. Luckily, I was able to join ‘Hit the Stage,’ and I think the others will also have good opportunities soon.”

Block B
Star Daily News
U-Kwon
How does this article make you feel?