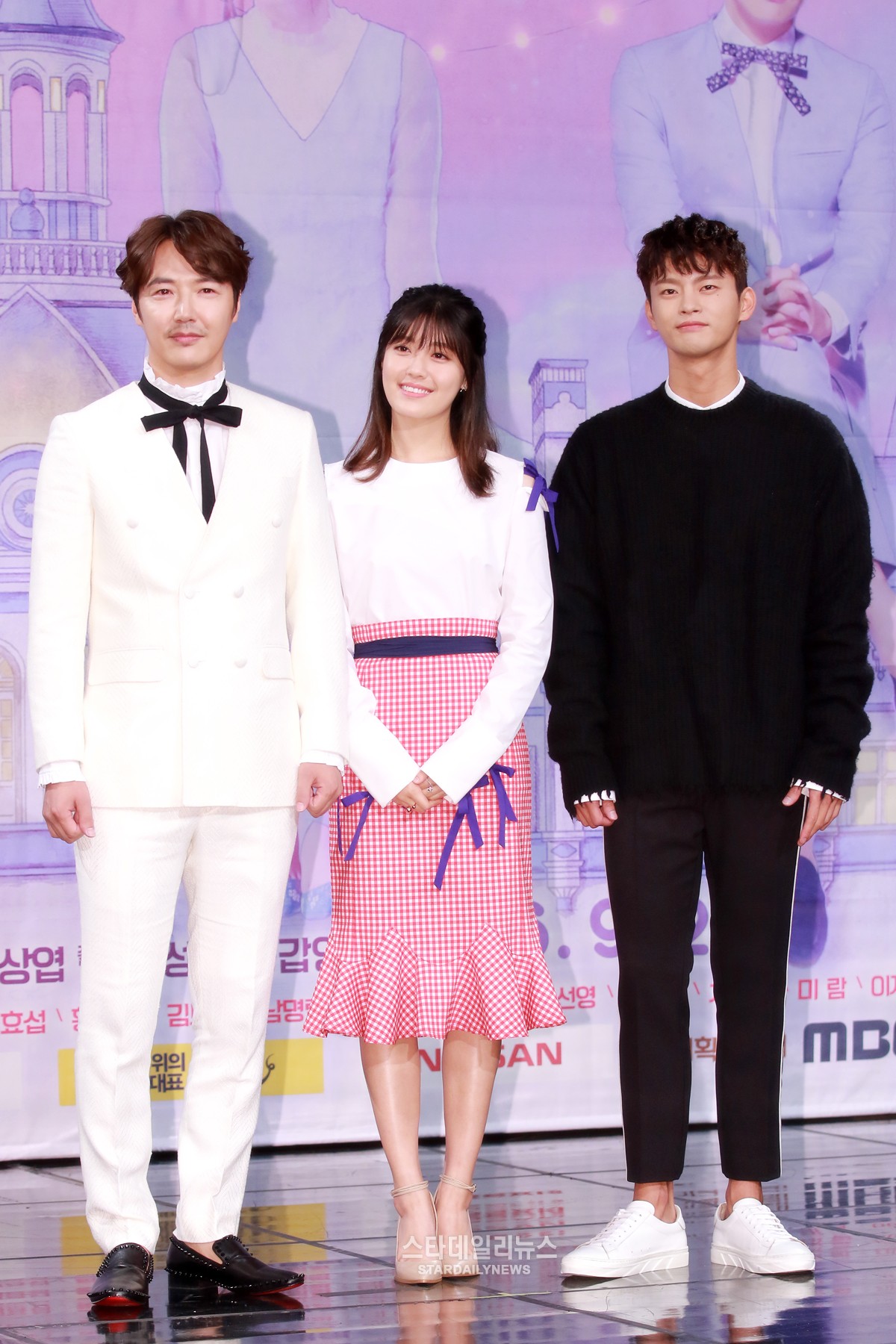 On September 19, MBC’s “Shopping King Louie” held a press conference ahead of its first broadcast.

During the Q&A, Nam Ji Hyun answered questions about what it’s like working with Seo In Guk. She replied, “Seo In Guk oppa and I have an eight-year age difference but he was friendly and comfortable from the beginning, so it wasn’t awkward. He is really social, so there was no burden in approaching him and acting [with him] became more comfortable with time as well.”

Seo In Guk also commented, “I realized I had a lot to learn from Nam Ji Hyun. While filming together she showed acting that turned what I had been expecting inside out and surprised me. When we are on set we tease each other and play similar to how are characters are.” He further said that he relies on her a lot.

Furthermore, Yoon Sang Hyun revealed that he has a 22-year age difference with Nam Ji Hyun with whom he has a romantic interest in for the drama. The actor said, “I’m not conscious of it. If it were reality it would be difficult, but because it’s a drama I will express a pure type of heart pounding [love].”

What do you think about the age differences?

“Shopping King Louie” will air its first episode on September 21. Check out the trailer below!