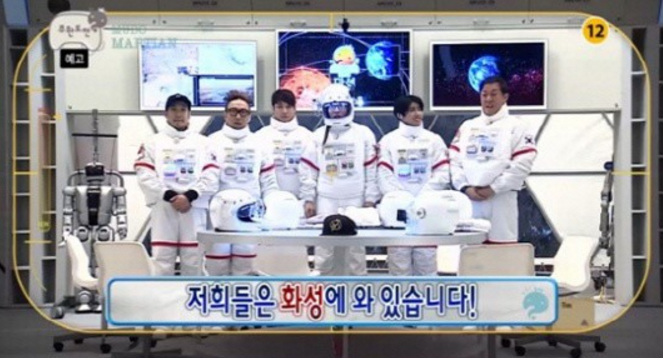 “Infinite Challenge” To Travel To Russia For Space-Themed Episode

It seems MBC’s “Infinite Challenge” will be resuming their space project!

According to recent broadcast sources, “Infinite Challenge” will be traveling to Russia in October in order to film their next space training episode.

Although the broadcast date has not yet been confirmed, the sources stated that the team is planning to travel to the Gagarin Cosmonaut Training center in Russia, where they will be receiving real-life astronaut training during the third week of October. Currently, they are in the process of coordinating the programming schedule.

“Infinite Challenge” celebrated its 10-year anniversary during the previous year by coming up with 5 projects, including a “space project.” The team had previously traveled to Gyeonggi-do to train for space. But the production team revealed that the special episode was not the end, and that the team really plans to challenge themselves with a trip to space.