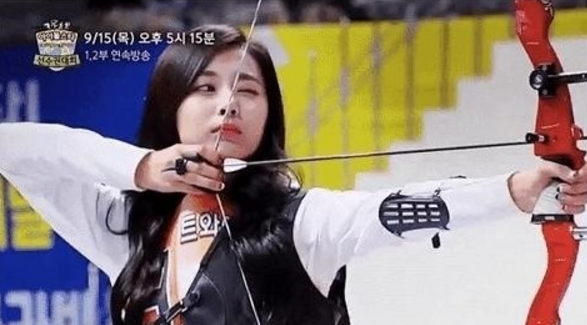 According to a broadcast source, Tzuyu was present during the recording of the archery episode alongside Kang Ho Dong, Lee Soo Geun, Lee Kyu Han, and Lee Si Young.

Tzuyu was recently able to showcase her archery skills during the MBC Chuseok special “2016 Idol Star Athletics Championship.” She received much love from the public when a gif of her hair flip came into attention and was even parodied by others.

holy shit this is the most badass dramatic & graceful thing i've ever seen pic.twitter.com/RBUZAC3i3V

Tzuyu’s appearance on “Cool Kiz On The Block” will be airing sometime in the middle of September.

TWICE
Cool Kiz on the Block
Tzuyu
How does this article make you feel?