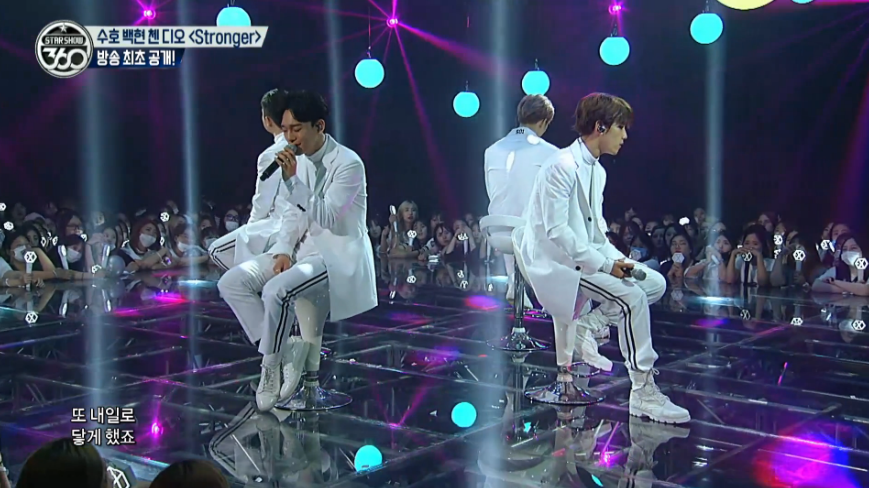 On the premiere episode of “Star Show 360,” a brand new show by MBC every1 and MBC Music, the members of EXO appear as guests.

During the talk show portion of “Star Show 360,” the members talk about each other’s quirks and more, and during the music portion, EXO treats fans to several performances, including a live serenade of “Stronger” for the first time ever on air.

EXO’s vocalists Suho, Baekhyun, Chen, and D.O.’s beautiful performance of the ballad is surely to touch your heart and remind you again of the members’ outstanding musicianship.

Did you enjoy Suho, Baekhyun, Chen, and D.O.’s rendition of “Stronger”?

EXO
D.O.
Suho
Chen
Baekhyun
How does this article make you feel?