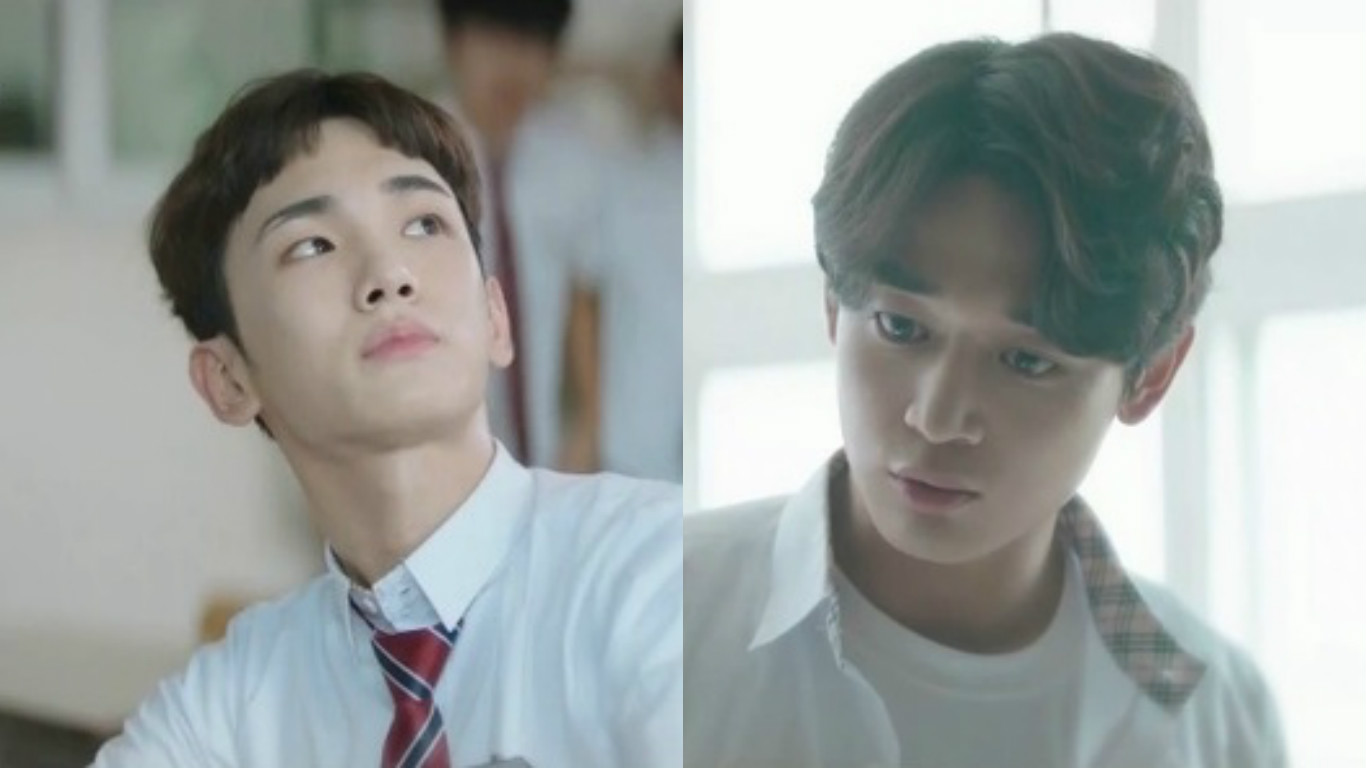 On the fifth episode of tvN drama “Drinking Solo,” which aired on September 19, SHINee’s Choi Minho makes his highly anticipated cameo to show his support for fellow group member Key who stars in the drama.

During the episode, Key gets all kinds of jealous and angry when he finds out that his crush Jung Chaeyeon’s first love is Minho. When Key’s friend shows him all of the articles written about Minho’s community service and good deeds, Key is not impressed one bit, saying, “He sure is good at keeping his public image squeaky clean.”

Key then has a flashback to his high school days when Minho would bully him to no end, such as forcing him to sing and dance in the classroom. In one especially hilarious scene, Minho doesn’t allow Key to use the restroom although he really needs to, and let’s just say that doesn’t pan out so well for Key.

You can watch Key in “Drinking Solo” every Monday and Tuesday on tvN. Did you enjoy Minho’s cameo?