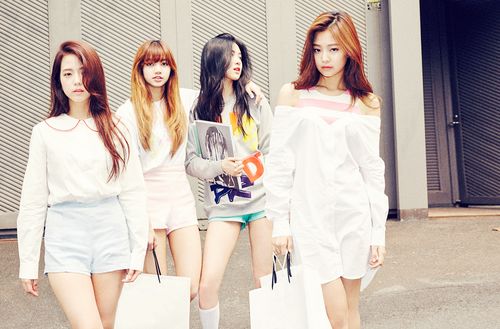 BLACKPINK remains in the No. 1 spot this week with “Whistle,” once again overtaking EXO’s “Lotto.” “Whistle” won on “Inkigayo” and “M!Countdown” last week, and this is the third week that “Whistle” has dominated the top spot in our chart. Congratulations once again to BLACKPINK!

We have two new songs in the top 10 this week, with the first one being Red Velvet’s latest hit “Russian Roulette,” which placed at No. 8! The song is the title track of Red Velvet’s third mini-album of the same name. With a refreshing, youthful, and synth-pop sound, the song lyrics express a process of obtaining love through the game of Russian Roulette. With music show results kicking in next week, this song has a good chance to become our next No. 1 song!

The second new song in the top 10 is “Amazing You,” the first top 10 hit for Han Dong Geun! The song moved up nine spots, claiming its new spot at No. 9. “Amazing You” was carried by the momentum generated by the attention of Han Dong Geun’s old hit “Making A New Ending For This Story.” The song was released in 2014 but became popular again, ranking high on a lot of music charts. “Amazing You” is Han Dong Geun’s third single, and portrays a lover’s gratitude for his significant other, claiming he doesn’t need anything other than the amazing feelings of love. The simple melody and honest lyrics paired with Han Dong Geun’s emotional vocals are the highlight of this song!