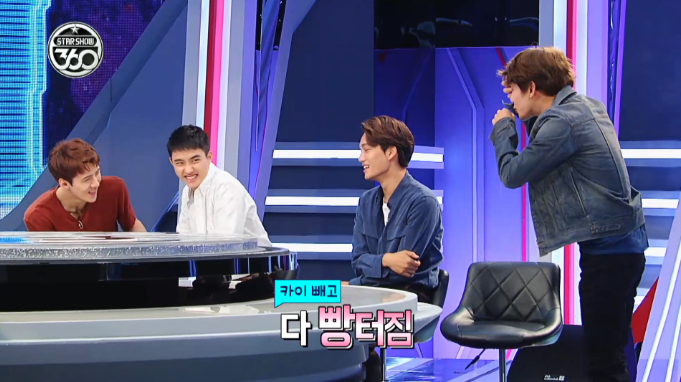 EXO features as the first guests of “Star Show 360,” a brand new MBC every1 x MBC Music show that premiered on September 19.

During the show, the members of EXO put Kai on blast for being glued to his phone all the time.

Baekhyun especially insists that he can do a carbon copy imitation of Kai (video below), saying, “Even when he’s sleeping, the phone is right next to him [by his face].”

“So Kai’s vision isn’t really good, and most people don’t put contacts on as soon as they wake up, but he still needs to look at his phone, so he looks at his phone like this,” Baekhyun demonstrates, acting like he is holding a cellphone right by his eye.

But there’s more. Baekhyun also imitates Kai getting his morning yakuroto (Korean yogurt drink) from the refrigerator with his eye still glued to the phone.

EXO
Kai
Baekhyun
How does this article make you feel?