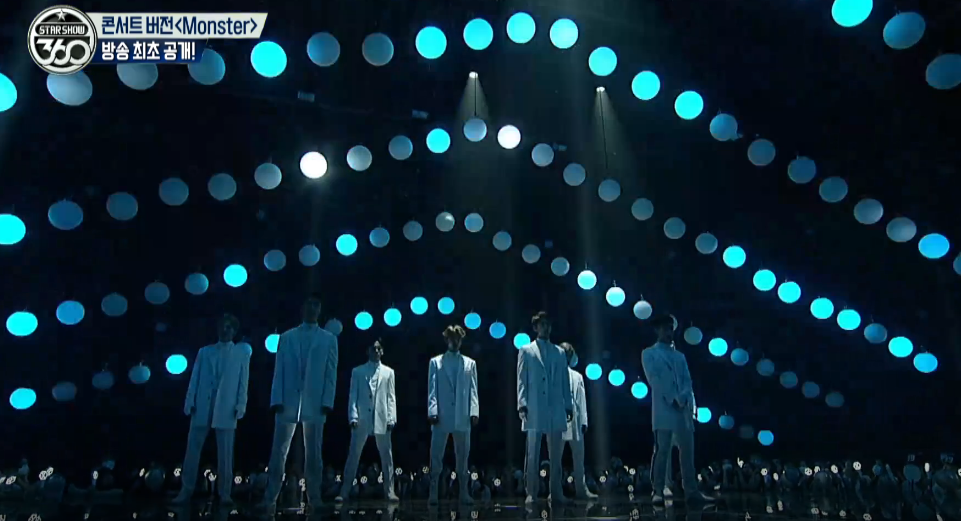 MBC’s new variety show “Star Show 360” premiered with a bang, as it showed EXO performing the concert version of their song “Monster” for the first time ever on a broadcast!

Although EXO had already released two versions of the dance practice videos, including one as a special gift to thank the fans for their love and support of the song, as it racked up 9 wins on music shows, this is the first time that they performed the concert version on a broadcast.

The EXO members look mysterious and handsome in all white suits as they dance on a black stage with eerie lights flashing in the background.

EXO
Star Show 360
How does this article make you feel?