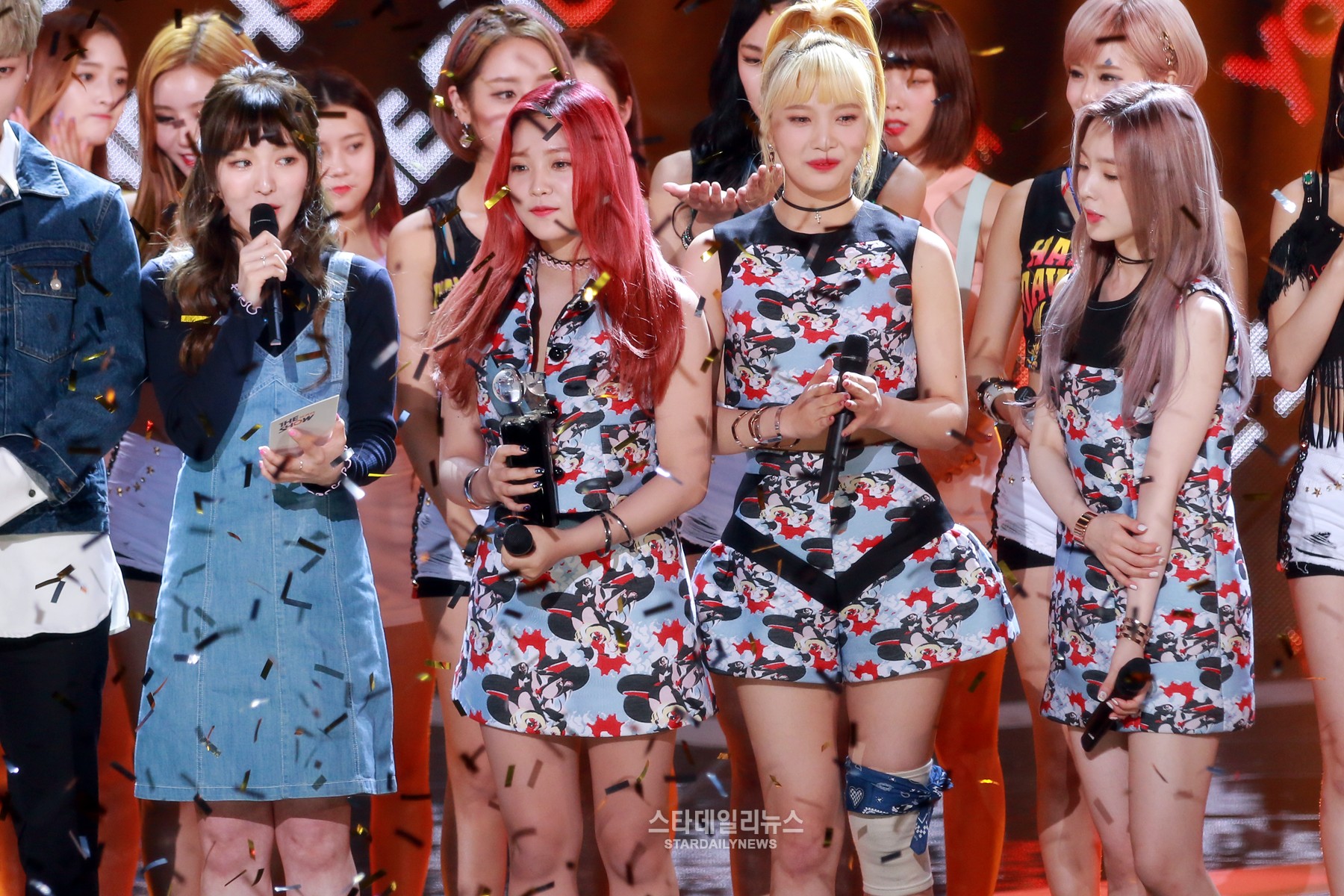 Having won first place last week on the September 13 episode, this trophy marks the group’s second consecutive win on “The Show.” Red Velvet vied for first place alongside NU’EST and LABOUM. LABOUM came in third place with a total of 5,795 points, NU’EST in second place with 6,956 points, and Red Velvet came out on top with 8449 points.

The September 20 episode of “The Show” also featured performances by Song Ji Eun, DIA, LABOUM, Kim Joo Na, L.Sujung, RUI, BADKIZ and more. You can watch some of the performances below!