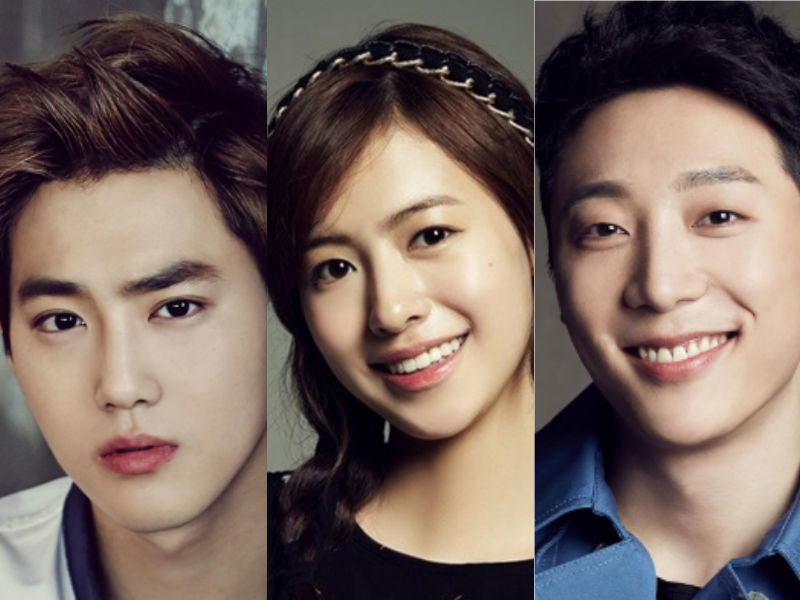 Following news of EXO’s Suho being cast in the new drama “The Universe’s Star” (tentative title), actors Ji Woo and Shin Hyun Soo have been confirmed as his co-stars.

“The Universe’s Star” focuses on a 19-year-old female student who becomes a grim reaper after dying from an accident. As a grim reaper, she struggles as she tries to block the death of her favorite star. It appears as though the grim reaper will be portrayed by actress Ji Woo while Suho will act as the star. Shin Hyun Soo will be a fire fighter who deals with guilt over a past accident.

Ji Woo previously acted with EXO’s D.O. in the movie “Cart” and more recently worked with GOT7’s Jinyoung in “A Stray Goat.” As for Shin Hyun Soo, he received much positive attention for his role in JTBC’s “Age of Youth.”

“The Universe’s Star” is a part of MBC’s nine-episode season drama that will feature three fantasy stories. Suho, Ji Woo, and Shin Hyun Soo will act in the first three episodes.

Ji Woo
Suho
Shin Hyun Soo
How does this article make you feel?