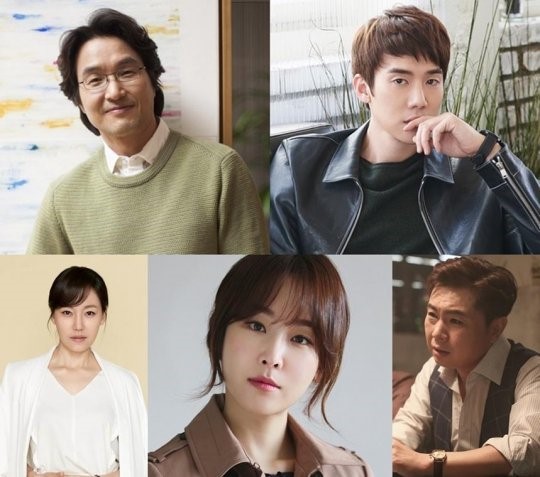 The drama, written by Kang Eun Kyung and directed by Yoo In Sik, is about a doctor named Kim Sa Bu, who calls himself this generation’s greatest romantic doctor, and his colleagues.

This is Han Suk Kyu’s first drama comeback in two years. He will be playing the role of Kim Sa Bu, who is a medical genius and the country’s only “triple board surgeon” but is known to his colleagues as an eccentric recluse.

Yoo Yeon Seok will be playing Kang Dong Joo, a confident surgeon to whom surgery comes easily. Although he comes from a poor background, he is fiercely ambitious to live the “silver spoon” life and aims to be the top in his specialty.

Seo Hyun Jin will be playing the passionate surgeon Yoon Seo Jung, who wants to be acknowledged for her skills and hides a secret pain behind her bright and warm personality.

Veteran actor Joo Hyun will play the hospital chairman, who holds a secret that no one else knows, while Jin Kyung will be playing Oh Myung Shim, the no-nonsense director of nursing. Im Won Hee will play a hospital administrator named Jang Ki Tae.