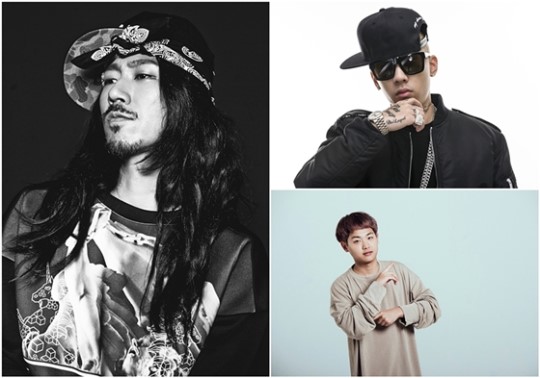 Tiger JK And Dok2 To Create New Label Together

Hip-hop stars Tiger JK and Dok2 will be founding the label Ghood Life Crew together.

On September 22, a source from the new label said, “We’ve opened a music label with hip-hop at its foundation. It’s called Ghood Life Crew and we plan to start a new age of music together.”

Tiger JK and Dok2, who is also the CEO of Illionaire Records (which houses rappers such as The Quiett and Beenzino), will be acting as producers in the new label. “Show Me the Money 5” contestants SuperBee, myunDo, and Junoflo will also be participating.

Dok2 and Tiger JK had previously worked together as part of the Movement Crew. “Tiger JK and Dok2, who have deepened their relationship through music for a long time, will be partnering up again,” the source said. “We are working hard to become a label that can move our listeners.”

The label’s first promotion will be SuperBee, who is releasing a track titled “The Life is 82 0.5” on September 23. Dok2 and myunDo will both be featuring on the track.

SuperBee
Dok2
Tiger JK
How does this article make you feel?